Like 30 contestants and millions of viewers, Charlize Theronis eagerly waiting for “Pilot Pete” to rock her world.

The Oscar-winning Bombshell actress posted on her Instagram page on Saturday a photo of herself standing next to a poster for the upcoming 24th season of the ABC dating series, which shows star Peter Weber, a 28-year-old Delta Air Lines pilot, and the tagline, “Expect turbulence.”

Theron is a longtime fan of the franchise.

“I basically feel like, I am dating the Bache- like, the show. On Monday night, because my kids can’t read a clock yet, so I just get them to bed at like 5:45 and then I have like, I open a bottle of wine, take a bath, I get all ready and then I watch The Bachelor and that’s my date night,” she said on The Late Late Show With James Corden in 2018. “I just date the show.” 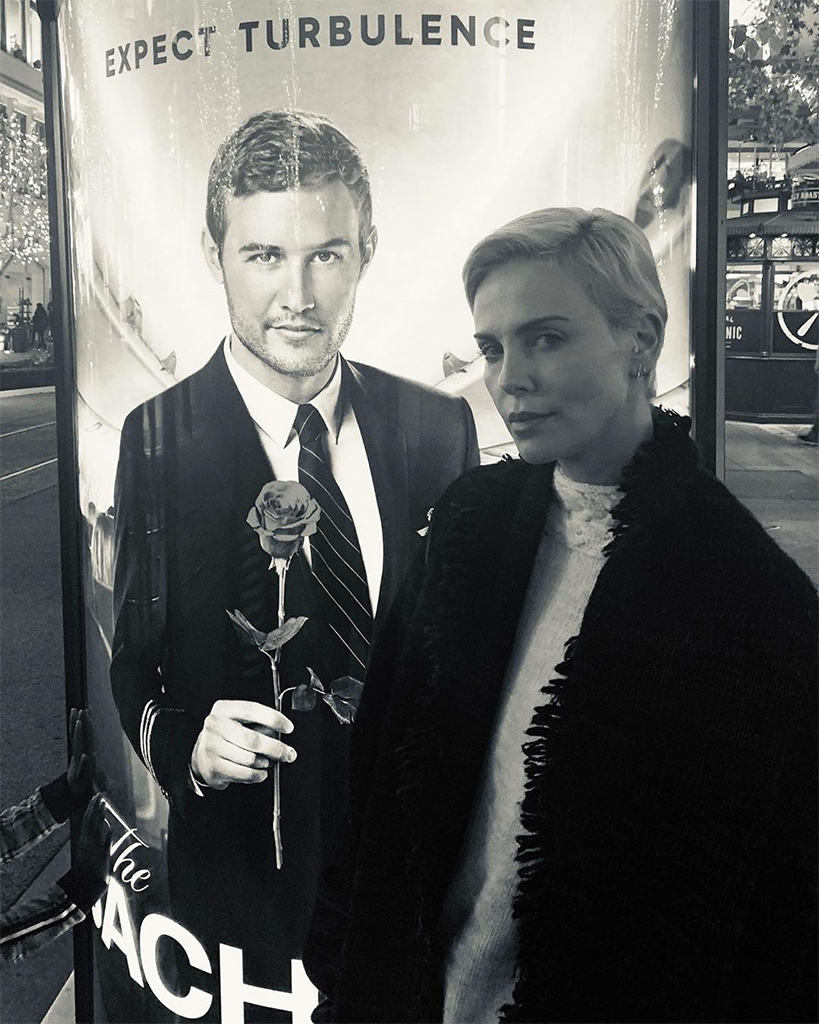 “I mean, literally he—not impressive,” she said. “Not impressed with him at all.”

Season 24 of The Bachelor premieres on ABC on January 6.