Just 30 percent of women worldwide work in science, but Saudis are challenging this long-standing trend.

Women represent 58 percent of university students in Saudi Arabia, with many studying in science, technology and engineering and furthering their careers with studies overseas.

In a report by the Saudi Education Ministry, women outnumbered men in graduating with a bachelor’s in biology, information technology, mathematics, statistics, and physics.

Universities and research centers have adopted measures to support the inclusion of female scientists.

Ambitious, driven and facing challenges along the way to their success, here are the Saudi women scientists who have made a mark in the field for their extraordinary work.

With a career spanning 10 years, Kayum — a research engineer with Saudi Aramco’s EXPEC Advanced Research Center — was tasked with accelerating the evolution of software algorithms to enhance Aramco’s reservoir simulator, which helped the company cut costs.

Kayum was a developer for the company’s in-house basin and seismic simulators. In 2016, she designed and received a patent for an algorithm that enabled the first 1-billion cell basin simulation run.

She later joined the company’s Oil and Gas Treatment Division at Aramco’s Research and Development Center.

Her main focus at the division is to conduct research projects for water treatment technologies and find new ways to treat water found in oil and gas reservoirs.

In what could be one of the most profound achievements by a Saudi scientist, Dr. Ilham discovered the process of retrodifferentiation, a method also known as retrograde differentiation that treats blood diseases.

A common process for the maintenance of cell integrity against damaging agents, Dr. Ilham applied her findings in the first preclinical study in 2000 in collaboration with George Washington Medical Center, US, in two animal models of human diseases to study the utility of retrodifferentiated stem cells.

Her research has helped treat 390 patients with diseases ranging from sickle cell anaemia, multiple sclerosis, thalassaemia, and hepatitis C among others. 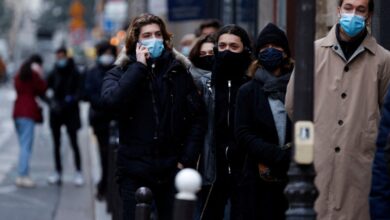 Why is Saudi Arabia an Ideal Location For Astronomy Enthusiasts?