LUSAIL (Wadad hachichou): Competitors taking part in the forthcoming Manateq Qatar Cross-Country Rally (MQCCR) will face some of the most challenging desert terrain in the State of Qatar.

Drivers and co-drivers from 17 nations will tackle six varied selective sections between February 23rd and 27th before the event draws to a close with the ceremonial finish at Souq Waqif next Thursday afternoon.

An experienced team of Qatari and Portuguese officials have spent many painstaking hours crossing and re-crossing sandy and gravel trails, small dunes and gatch roads to find stages to challenge the world’s finest cross-country drivers.

The action all gets underway at 10.55hrs on Sunday (February 23) with a relatively short selective section of 171.25km that starts in the centre of the country and winds its way through two passage controls on the Umm Bab highway and across the Al-Khararra road to finish close to the east coast. A road liaison of 63.60km then takes crews back to the bivouac at the Lusail Sports Arena.

The second leg on Monday is much more demanding and includes a competitive section of 334.25km that starts off the Al-Shamal highway and winds its way along the north-eastern coast and across the northern deserts to finish off the Al-Kharsaah road. The day’s stage includes three passages controls on the Al-Zubara and Al-Jumailah roads and the Dukhan highway and finishes 92.44km from Lusail.

Tuesday’s third Al-Kharsaah selective section is the longest of the event at 340.28km and starts at 08.40hrs, 61km south of Lusail, on the Salwa highway. The route heads down towards the Inland Sea, before turning north-west and heading back through the central deserts to finish in the north-west of the country, 68.55km from Lusail. The day’s special includes four passage controls – two on the Al-Kharrara road – and a further two where the stage crosses the Al-Aamriya and Umm Bab roads.

Day four on Wednesday is split into two parts with the opening Al-Shahaniyah selective section of 219.79km starting at 08.35hrs from the Dukhan road and heading north, before turning south along the west coast to finish close to the Umm Bab highway.

A liaison link of 56.37km along the Al-Aamriya road then takes competitors to the start of the second timed section of the day – the 124.84km of the Sealine stage – that heads across the southern deserts to the Inland Sea before turning north along the east coast to finish near the Al-Kharrara road, 92.25km from Lusail.

The sixth and final selective section of 254.58km starts on the Zekret road, 81.75km south-west of Lusail, and heads up the western shoreline before turning south at a passage control near Al-Zubara after 150.17km. The final timed section then heads through the central deserts to finish at Ash Shafallahiyah, 40.89km south of Lusail.

Teams and equipment have started to arrive at the bivouac adjacent to the Lusail Sports Arena, north of Doha, and mechanics and technicians will now prepare the cars for the start of technical scrutineering on Saturday morning.

Prior to that, registered drivers and co-drivers will pass their mandatory administration checks at Rally HQ, where licences, insurances, homologation documents and personal details will be thoroughly checked before the official pre-event press conference and ceremonial start take place at Souq Waqif in downtown Doha on Saturday evening.

Video: Lizard Takes a ‘Really Long’ Ride in a Car! 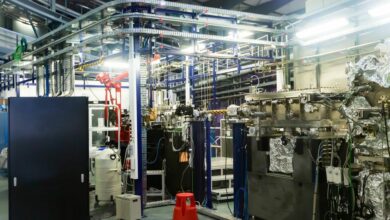 Fate of over 1,000 rescue animals uncertain in Lebanon as eviction looms

Study: 18% of Coronavirus Deaths in The US Related to Air Pollution

Should We Blame Scaly Anteaters for Covid Spread From Bats to Humans?

Saudi Arabia: If You Want to Perform Hajj You Have to be Vaccinated