Netflix is giving a glimpse of the new film Ma Rainey’s Black Bottom.

Boseman, who died at age 43 in August, plays Levee, an ambitious trumpeter. The preview shows Levee (Boseman) boast about his talent and style to two other musicians.

“I’m gonna get me a band and make me some records,” Levee declares.

Ma Rainey’s Black Bottom marks Boseman’s final film appearance. Boseman was known for playing the title character in Black Panther, which he portrayed in other movies in the Marvel Cinematic Universe.

Ma Rainey’s Black Bottom is based on the August Wilson play of the same name. The film centers on a fateful recording session for singer Ma Rainey, known as the “Mother of the Blues,” played by Viola Davis. The movie takes place in 1927 Chicago.

Netflix shared another scene from the film Wednesday that shows Davis delivering a monologue as Rainey. Reese Witherspoon And Ryan Phillippe Reunite For Their Son’s Birthday 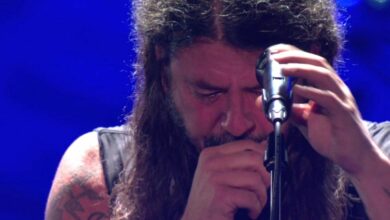