One of the consequences of the fall of Constantinople in 1453 was the biggest brain drain in early European history. Greek intellectuals left the Byzantine Empire in droves, with many settling permanently in Italy, bringing with them their vast knowledge and precious collections of manuscripts.

Their presence contributed significantly to the rediscovery of classical Greek literature and philosophy, which they reinforced through teaching, translations and publications. The European Renaissance owes a great debt to them.

In the process, Venice became the center of the Greek intelligentsia and mercantile class, which organized themselves into a strong community. 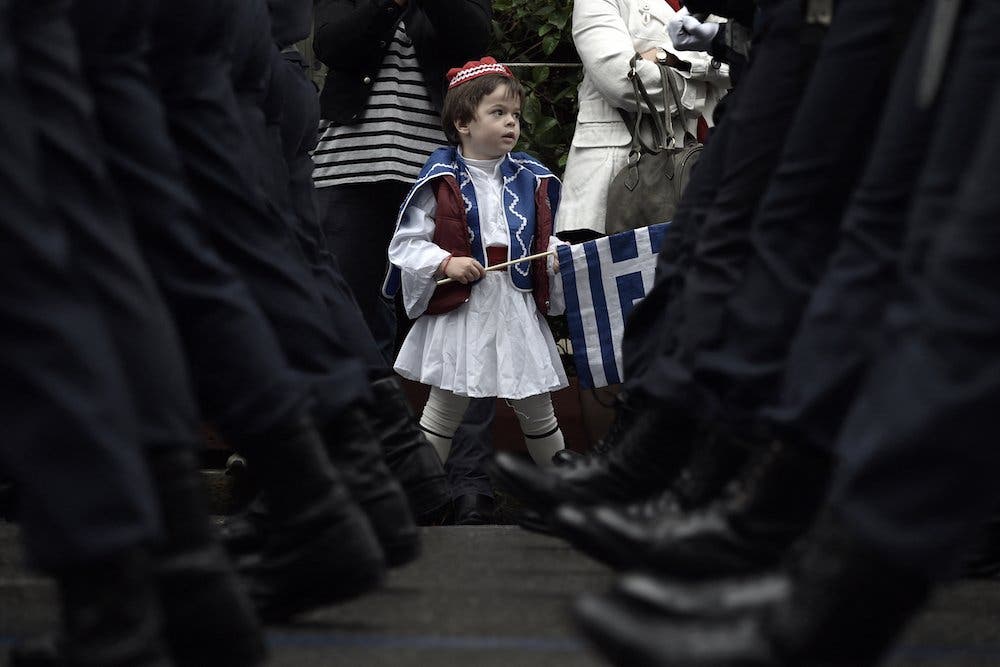 By contrast, the former lands of the Eastern Empire entered a darker age, which could have obliterated Greek culture altogether were it not for the Orthodox Church, preserving the Greek language through its liturgical texts and ceremonies and local autonomy institutions, safeguard the feeling of belonging to a community.

One man who helped rescue the Greeks from intellectual oblivion was Kyrillos Loukaris, a patriarch of Constantinople in the early 17th century. Under the influence of Reformation ideas, Loukaris sought to educate Greek clerics to defend against the aggressive proselytism of the Catholic Church. He also established a printing press and an academy in Constantinople.

From the late 17th century onward, numerous schools opened across the southern Balkans, almost all of them teaching courses in the Greek language. Many of the most influential schools were established in major centers of Hellenism: Smyrna, Ayvalik and Chios.

Chios hosted a library containing some 12,000 volumes. Ayvalik, a rich city with an exclusively Greek population numbering 30,000, had a modern school with more than 300 students, managed by a liberal clergyman named Benjamin of Lesbos.

This movement to establish schools was driven by an educated monk named Kosmas of Aetolia. He traveled throughout the southern Balkans, from eastern Thrace and the Aegean Sea to the Ionian Islands and from Macedonia to central Greece, emphasizing the need for education and a strong grasp of the Greek language.

His influence was tremendous and his followers numbered in the thousands, including Greeks, Albanians and even Turks. Before his arrest and beheading by the Ottomans, he and his followers had established more than 200 schools.

But it was not just the rapid spread of schools that helped preserve Greek culture. The curriculum became richer, emphasizing logic, mathematics, the natural sciences, philosophy and the classics.

Many Greeks learned French, Italian and other European languages. Greek nobles (Phanariots) and merchant families sent their sons to Europe to continue their studies while their daughters were home-schooled.

Although many poor young men were also able to reach Western Europe to study on scholarships, the hero of the Greek Revolution, Theodoros Kolokotronis, saw this outward flow of the brightest and best as yet another brain drain.

“The third class, the merchants, these diligent Greeks, the better part of our nation but also the educated Greeks, left their country and they abandoned the poor people to a deplorable situation,” he once said.

Syria is a Humanitarian Crisis Nobody Wants to Help!