Advisers to the US Centers for Disease Control and Prevention voted in favor of a recommendation that people with weakened immune systems should get three shots of COVID-19 vaccine, a key step for protection of the vulnerable population.

The CDC’s Advisory Committee on Immunization Practices 11 members voted unanimously Friday in favor of the third-dose recommendation for some people with weakened immune systems. CDC Director Rochelle Walensky signed off on the recommendation.

The US Food and Drug Administration expanded emergency use authorizations for vaccines from Moderna Inc. and the partnership of Pfizer Inc. and BioNTech SE late Thursday to include the extra dose. Organ transplant recipients and patients considered to have an equivalent level of immunocompromise will be eligible for the extra shots.

The FDA decision was supported by a study published Wednesday in the New England Journal of Medicine showing that a third dose of Moderna’s vaccine significantly raised levels of COVID-fighting antibodies in 55 percent of transplant patients. Among those who got a placebo rather than the extra shot, just 18 percent generated the desired antibody levels, the study found.

“I have taken care of many patients with life-threatening disease and including deadly disease and even after vaccination, and pretty much every week, I have known of patients who are immunocompromised and in the hospital,” Kotton said, who’s also clinical director of transplant and immunocompromised host infectious diseases at Massachusetts General Hospital in Boston.

“They did all the right things; they’re just suffering from a lack of good vaccine protection.”

Immunocompromised people represent a small proportion of the population at large, accounting for about 3 percent of US adults, according to the CDC.

However, they account for almost a third of hospitalized vaccine breakthrough cases, according to data presented at the meeting.

CDC’s advisory panel includes medical and public health experts who advise the agency on vaccine use and safety. The advisers are reviewing data on whether certain people need an additional dose to make sure they have protection against COVID.

While the US-authorized COVID-19 vaccines are highly effective at preventing severe disease, hospitalization and death in most people, extra shots may be necessary for transplant patients and others with weak immune systems, who often don’t get adequate responses to a two-shot course.

Patients can receive shots from Moderna and Pfizer/BioNTech interchangeably, if doses of the original vaccine used aren’t available, according to a presentation. The FDA clearance doesn’t apply to shots from Johnson & Johnson, which said in a statement that it would continue to evaluate evidence on the need for a booster dose in immunocompromised individuals.

ACIP also discussed the lowest age threshold for which they should recommend boosters.

The FDA approval allows a third dose for children over age 12 for the Pfizer vaccine.

Sarah Long, a professor of pediatrics at Drexel University College of Medicine, raised concerns about potential risks of myocarditis or other inflammatory responses for children, particularly those who did get a robust immune response after the first two doses.

Others who commented at the meeting expressed support for recommending the doses for children, but emphasized the importance of safety monitoring.

Some countries have left up to six months between their second and third doses and have seen improved immune responses. However, the FDA’s action allows for administration of the third dose a minimum of just 28 days after the second, which was supported by MGH’s Kotton.

“In the absence of data and in an intense worldwide pandemic, she said, “I would be reluctant to have a long period of time before they undergo additional doses of vaccine.

The US is among more than 100 countries dealing with delta-fueled surges in COVID-19, especially among the unvaccinated. Health officials are working to protect those most likely to be harmed or die from an infection, even after a standard course of shots.

“The country has entered yet another wave of the COVID-19 pandemic, and the FDA is especially cognizant that immunocompromised people are particularly at risk for severe disease, FDA Acting Commissioner Janet Woodcock said Thursday in a statement.

The FDA decision could further exacerbate the vaccine inequality that exists across the world, as dozens of countries have such limited access to the vaccines that they have immunized fewer than 10 percent of their populations.

World Health Organization Director-General Tedros Adhanom Ghebreyesus has called for a moratorium on COVID-19 booster shots to enable poorer countries to catch up in vaccination rates.

Israel, Germany and France are offering extra shots to vulnerable groups, while nations including Russia and the United Arab Emirates are giving them even more broadly.

“I think this is the right time to elect to have boosters,” said John Zaia, a physician and director of the Center for Gene Therapy at City of Hope in California.

“It raises the question, of course, of, if the process will continue, what other people will eventually need boosters? The decision may be guided by who begins showing up at hospitals with severe cases,” Zaia said.

“I suspect that there could well be a series of decisions to come, beginning with groups such as the elderly,” he said. “They’re going to read the tea leaves of the people they see in the ICU.”

Yes, Your Pilates Workout Can Count as Cardio – Here’s How

Oxford–AstraZeneca vaccine: What you should know, in 500 words 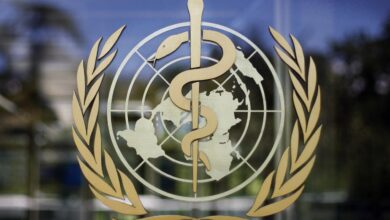 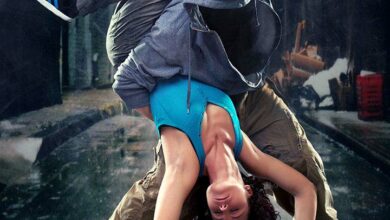 Can you lose weight with dance workouts?