Studio 8 non-for-profit dance company is premiering a virtual show of 4 New Jordanian dance performances, streaming on December25th at 7:00pm on Studio 8 YouTube channel. The shows are a result of a choreography creation camp that was organized earlier this year and lasted 4 months, bringing a number of Jordanian dancers, performers and choreographers together to sustain their talent enhancement during this challenging pandemic year.

2020 has been indeed a very challenging year for Studio 8. As a live art form, dance is particularly affected by the Coronavirus, along with concerts and theatre performances.

“To ensure continuity of safe, adequate and productive creative environment for creative individuals of performing arts, Studio 8 spent 6 months to develop 1 talent incubation program (including a training manual) for performing-arts-interested-creative-individuals in 2020. Through this program, more than 100 artists are supported in creating 9 new performances, or in-progress-performances,” explained Xiaoman Ren, the programs’ manager at Studio 8.

After developing the performances, the team decided to film them in various parts of Amman from the old roman theater downtown to underwater inside a pool, on stage at Al-Shams Theater and even on rooftops of old Amman buildings overlooking the Citadel.

While filming the performances, “we discovered that designing dances for photography and film are a whole other story to that of live theater performances,” Ren said.

“We came across amazing photographers and videographers along the way, who added so much beauty to the experience. We even look forward to holding an exhibition next year to show audiences the best photos that ended up being taken by several film and photography artists,” she added.

Many creative industries have suffered this year, most especially music and performing arts, where the leaders of some ended up launching their festivals virtually. 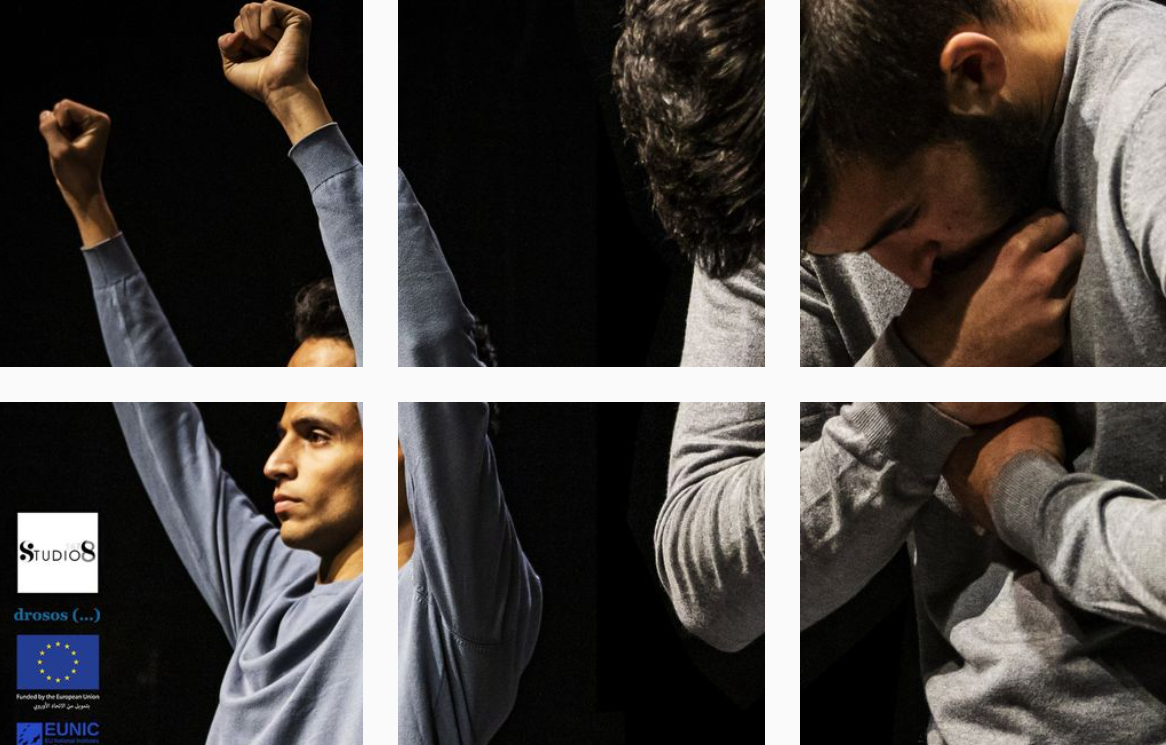 “Choreography Creation Camp” (CCC) is organized by Studio 8, with the support of the Drosos Foundation, EUNIC Jordan and European Union in Jordan. This program supports emerging local young choreographers, dance makers, performance directors to sustain their individual or collaborative creativity, and, in the process, finding new ways to be connected with their audiences.

The program invites local and international performing artists, dance educators, and theatre producers to facilitate discussions with 13 selected individual artists and 2 artistic groups on the nature of dance creation, with a specific focus on developing innovative approaches with current challenges of live performance in the context of Jordan.

One of the performances that Studio 8 first streamed was a tribute to Lebanon entitled “Ya Beirut.”

Some participants are not from dance background. They are of design, sound & music, visual arts, architecture, drama & theatre background. There are 13 individuals and 2 groups joined in.

Argentina Legalizes Abortion But Not Everyone is Happy!