With her arms raised above her head, she grips the rope and leans forward to keep the basket full of heavy stones tethered behind her back.

Beside her, the other women do the same as they make their way from the bottom of the valley, up a steep and slippery pathway of mud and rocks, towards the top of the Kamituga mining site in eastern Democratic Republic of the Congo.

I am exploring the narrow alleyways of the quarry, trying not to slip on the difficult terrain, when I spot them, a line of women emerging silently from an indistinct place down the hill – backs leaned forward to help them carry their load, feet mostly bare or shrouded by a simple pair of worn-down sandals.

The Kamituga quarry is the largest artisanal gold mine in South Kivu province. These women are the maman kasomba – the transporteuses – responsible for carrying stones up the valley – a two-kilometre, hour-long journey they make several times a day.

The stones will be crushed by other women (known as maman twangaises) into very fine quartz powder, in the hope of finding traces of gold, which are often contained within the stones like thin veins running inside them.

For each run a woman makes, she will earn a little less than $2.

For a trace of gold
Kamituga is the third-largest city in South Kivu, home to some 280,000 people. Its economy is largely dependent on mining activities. According to the last recorded figures (from 2012) the gold mine employs about 13,000 people, but some say this number may be nearer to 18,000 today.

Overlooking the mine is an agglomeration of shacks, surrounded by food stalls and shops for the workers; the tiny corridors and alleyways are muddy and crowded. The city extends around the valley and seems to reach to the doors of the mine itself.

More than 40 percent of the people involved in the artisanal mining sector in the DRC are women – but most do not reap the rewards.

In Kamituga, men are still the primary miners, going into the caves to bring out big pieces of quartz. They choose the best ones with the biggest traces of gold, and discard the smaller stones. Women then search among the leftovers to find any remaining stones with the tiniest traces of the precious mineral, which they then carry up the valley.

South Kivu – still a conflict-ridden area of the DRC, which has been economically and socially devastated by years of civil war, poverty, humanitarian crises, and violence between armed groups – is not an easy place, especially for women. Violence against women is extreme and widespread.

The women who work in these mines, the ones in this photograph, are often exploited and treated unfairly. For many, it is a lifelong condition to endure endless shifts of heavy, back-breaking work, and be the only ones providing sustenance for their families.

Yet, they raise their eyes, look firmly ahead and keep their balance.

Carrying the load for all of us
Despite the heaviness of the stones on their backs – stones scavenged from waste – the baskets these women carry still contain some hope of gold. Although the women in this picture carry a weight on their backs, their bodies lean forward to keep their balance. Although the walk is long, their pace is brisk; their look is not one of prostration. They raise their eyes to look directly at me, almost piercing the lens of my camera, and even though they are leaning, they stand tall.

There is no sign of defeat in them but a fierce push of strength from within.

And in photographing that, I realise that these women reflect and represent the struggles and strengths of women throughout the world.

I also realise that the weight these women carry is not merely physical. The weight is their struggle for everyday survival, for dignity and for self-realisation. Another struggle women worldwide share.

We may think we are separated from each other – because we are from different contexts, different worlds – but we are not.

Each is carrying the load for all of us. Their nerve is our nerve. Their resistance is our resistance. Their struggle is our struggle.

Through many years working with women, for women, and creating stories about women, this is one thing among the many I have learnt: we are not victims, we are strong, we walk tall, we give life.

We keep our pace brisk, our eyes raised, and our feet in balance – sometimes leaning our backs to help us carry the load. 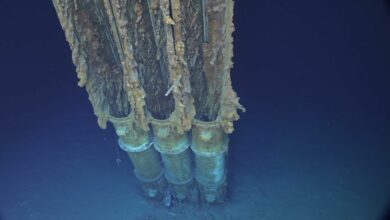