Supporters of the Iranian-backed Popular Mobilization Units (PMU) militias on Saturday burned down the main Kurdish party’s headquarters in Baghdad after criticism from a Kurdish ex-minister.

Hundreds of PMU demonstrators swept past a security detail and stormed into the offices of the Kurdistan Democratic Party (KDP), which runs the Kurdish autonomous region in northern Iraq, and torched them.

Protesters burned Kurdish flags while others carried posters of Iranian general Qassem Soleimani and his Iraqi lieutenant Abu Mahdi al-Muhandes, who were killed in a US drone strike in Baghdad last January.

The PMU militias were formed in 2014 from mostly-Shia armed groups and volunteers to fight ISIS. 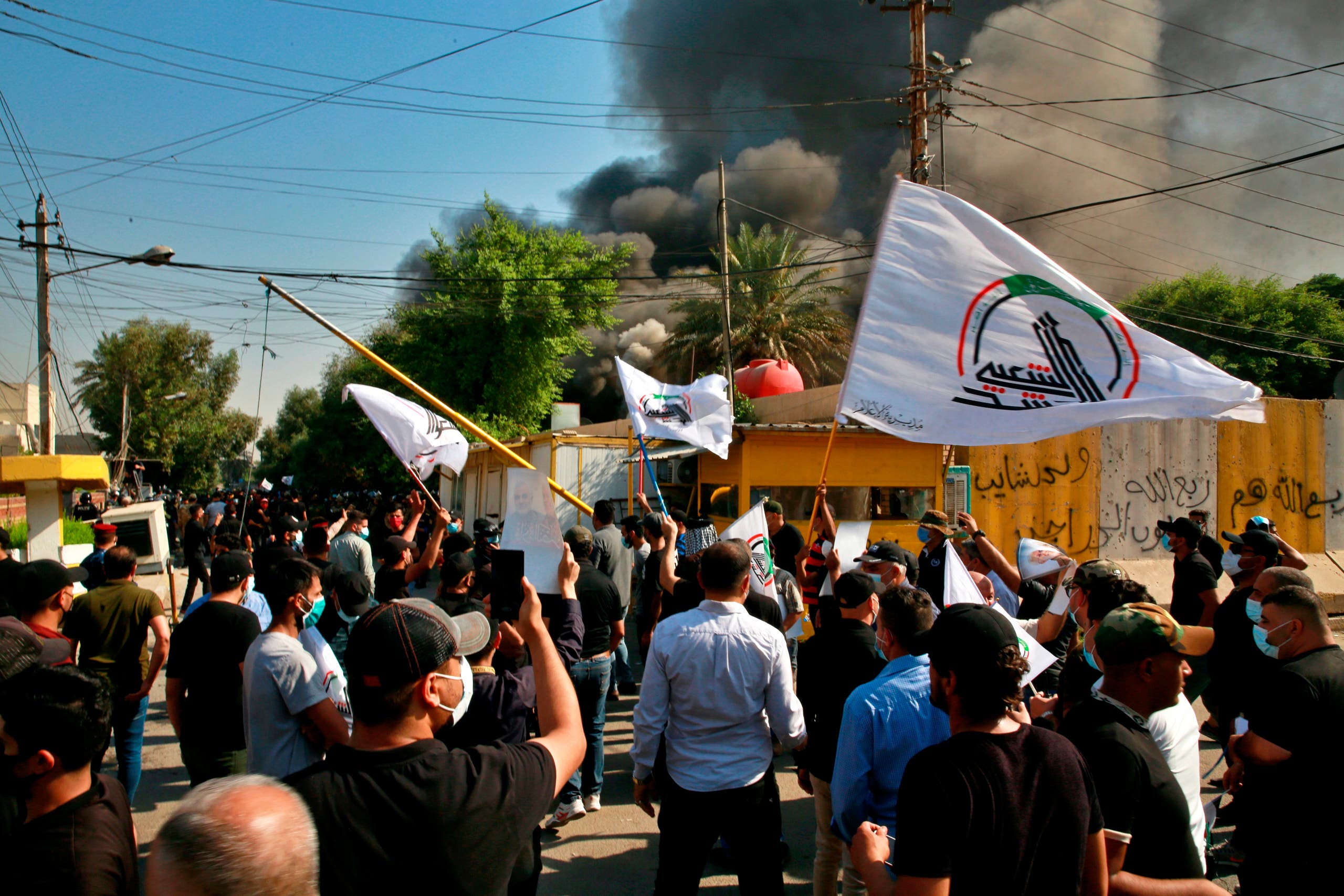 The headquarters of Kurdish Democratic Party burn during a protest by pro-Iranian militiamen and their supporters in Baghdad, Iraq, Saturday, Oct. 17, 2020. (AP)

Earlier this month, Hoshyar Zebari, Iraq’s longtime former foreign minister and a key Kurdish powerbroker, said the government needed to “clean up the Green Zone (in Baghdad) from the presence of Hashed militias.”

They were operating “outside the law,” Zebari, a KDP member, said in comments to the US-funded Al-Hurra television.

“This isn’t a protest because protests are supposed to be peaceful as per the constitution,” she told AFP.

She blamed “unaccountable factions for being behind such acts,” without elaborating.

On October 1, Kurdish authorities accused PMU militants of firing rockets at the airport in Erbil, the capital city of Iraqi Kurdistan, where US troops are based.

Around 90 rocket attacks have targeted the US presence in Iraq since the January drone strike, with several claimed by pro-Iran factions.