Since its inception, only 11 Arab films have been nominated for the Best International Feature Film – formerly known as the Best Foreign Language Film – at the Oscars.

But now, there has been an explosion of Arab films emerging from the Middle East and North Africa that highlight the region’s diversity and creativity.

At the Academy Awards, set to take place on March 27 2022, a handful of Arab films have been submitted to contend in the Best International Feature Film category. The films hail from across MENA territories, from Saudi Arabia and Lebanon to Algeria and Morocco.

With a little over two months left before the five candidates for Best International Feature Film are announced in February, read on for all of the Arab films vying for an Oscar at the 94th Academy Awards.

“The Tambour of Retribution” (Saudi Arabia)

Saudi director Abdulaziz Al-Shallahi’s film tells the coming of age of Dyle, son of Sayyaf, who refuses to take over his father’s profession: An executioner. The feature film was chosen by the Saudi Film Commission, and was nominated by the Saudi Academy Awards Committee.

Directed by Mohamed Diab (“Clash”, “678”) the film revolves around Amira, a 17-year-old Palestinian who has lived her life believing she was conceived with the smuggled bodily fluid of a Palestinian prisoner serving a life sentence in an Israeli jail.

The film is based on the director’s own childhood experience and was the first fully Moroccan film to compete for the Palme d’Or at the Cannes Film Festival.

Palestinian director Ameer Fakher Eldin’s debut feature is about an unlicensed doctor who encounters a wounded man in the war in Syria.

The Djafer Gacem-directed Algerian drama is based on the real-life events of May 8, 1945, where French colonial forces attacked thousands of Algerians in the city of Guelma.

Directed by Tunisian filmmaker Abdelhamid Bouchnak, this drama tells the story of Moez, a policeman who meets a little boy with whom he embarks on a journey that is part fantasy and part reality.

Local mercenaries are ruthlessly hunting down migrants at the Turkish-Bulgarian border in Iraqi director Haider Rashid’s drama, which is the country’s first Oscar submission in two years. ‘The Little Prince’ Stage Musical to Start Next March 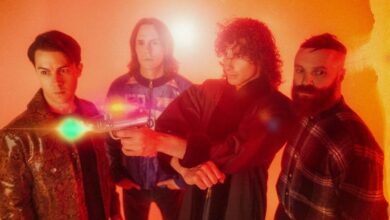 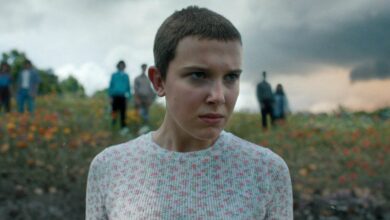