Cardi B stole the show at the 2021 BET Awards by revealing she is pregnant with her second child with Offset.

The singer, 28, took to the stage with a surprise performance of Migos’ hit song Type S**t on Sunday in a bejeweled and sparkling bodysuit, which had a cut-out revealing her baby bump. She also took to her Instagram with a photo of her body cast, confirming she’s expecting her second child.

Clearly with lots to celebrate, she also scored two wins for her controversial hit WAP – on which she collaborated with Megan Thee Stallion – as they walked away victorious with the Video Of The Year gong and Best Collaboration while Megan won a further two awards of her own.

Megan was sure to steal the show herself earlier in the night, when she went lingerie-free while treading the red carpet alongside Saweetie and Ciara in sizzling style before the festivities began.

Cardi wrote in her caption: ‘#2!’, while tagging her husband Offset. The reveal dominated the conversation online, and at the show itself, with Marsai Martin even commenting on the bump.

Host Taraji P. Henson added, ‘Let’s go back to Cardi B and Offset giving us life, literally. They are really about that — even got there baby performing. It filled out a W2 and everything.’

Cardi B and Offset met in early 2017, with the couple tying the knot in secret in September 2017, a month before their public proposal in late October 2017.

The rapper gave birth to their first child Kulture Kiari Cephus in July 2018, though the couple did briefly split in December 2018 before reconciling shortly thereafter.

Cardi B has kept a low profile over the past few months, making the pregnancy reveal all the more surprising, though it’s unclear when her second child may be due.

She also surprised fans when she didn’t join Megan on stage to accept the Best Music Video Award for WAP, but she took to her Instagram story to reveal, ‘Guys I did too much… but thank you sooo much BET.

She was seen watching the nominations for the Best Music Video Award backstage, when her team started applauding when they were announced as the winners. 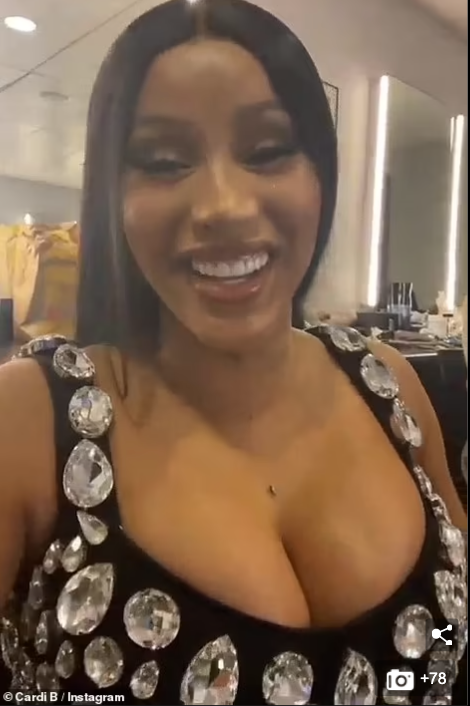 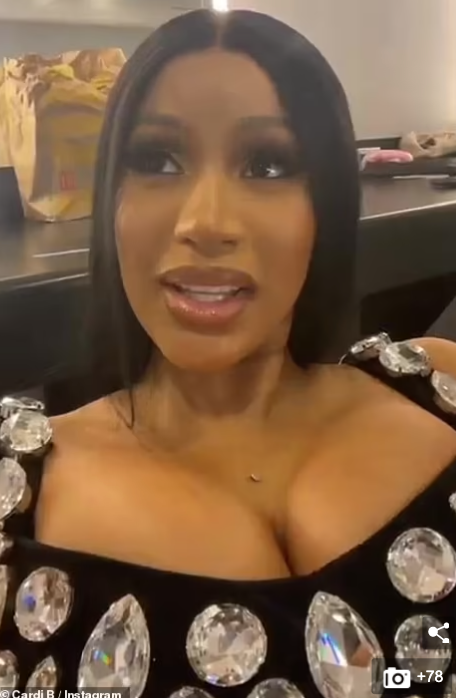 The rapper stuck her tongue out for the camera when her name was announced.

Migos’ performance began when they took to the stage in gas masks to perform their new hit song Straightenin.

They then broke into Type S**t when they were joined by Cardi B in a sparkling bejeweled body suit… which accentuated her baby bump.

In Pictures: Did Elissa Wear a Bulletproof Vest to Her First Concert in Baghdad, Iraq?