NHS England said doctors would be able to prescribe Epidyolex from 6 January.

It will be for children from age two, as well as adults, but some campaigners warn it is “too little too late”.

Clinical trials have shown the oral solution, which contains cannabidiol (CBD), could reduce the number of seizures by up to 40% in some children.

The medicine will be used to treat two rare, but severe, forms of childhood epilepsy – Lennox Gastaut syndrome and Dravet syndrome – which can cause multiple seizures a day.

Epilepsy Action’s chief executive Philip Lee welcomed the announcement, saying it “brings much-needed hope and could be life-changing for some”.

However, he added that Epidyolex was not “a silver bullet” and there was more work to be done to “collect robust high-quality evidence of the effectiveness of other cannabis-based medicines”.

Medical cannabis campaigner Peter Carroll said it was “too little, too late” as he urged action towards making medicinal cannabis with CBD and tetrahydrocannabinol (THC) available for families in need.

High-Fiber, Gut-Healthy Dinners Are Only 30 Minutes Away Thanks to These Instant Pot Bean Recipes

A coronavirus drug seems to work. What’s next?

What’s The Relation Between Smartphones and Pain?

What Happens to Your Body When You Eat Too Much Meat 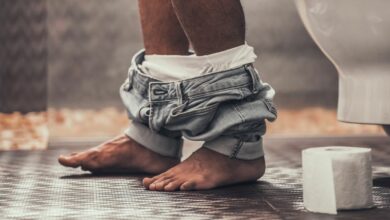 3 Reasons You Have Keto Diarrhea

Not Eating Enough Fruits and Veggies May Up Your Anxiety Levels Just how safe are CBD products? Experts weigh in