Canada expects to lift its flight ban on the Boeing 737 MAX jetliner in January, the country’s aviation regulator said on Thursday, after it approved design changes to the aircraft grounded in March 2019 following two fatal crashes.
Transport Canada rolled out its plans for bringing the jets back to the country’s skies, first reported by Reuters on Wednesday, following a near two-year flight ban.

The regulator joined US and European authorities in insisting on additional pilot training and a software update to the MCAS anti-stall system that contributed to the two crashes which killed a total of 346 people in 2018 and 2019.

Canada’s decision is widely watched as it carries extra clout as one of a group of aircraft producing nations that have subjected the MAX to intense scrutiny, alongside the US, Europe and Brazil. Attention now turns to China, the largest market for the MAX and a rising aerospace producing nation which has not said when it will grant approval to resume flights.

Transport Canada’s plans follow earlier announcements by the European Union Aviation Safety Agency (EASA) along with Boeing’s main regulator, the US Federal Aviation Administration (FAA), which lifted its own ban on November 18.

Canada’s approval of design changes marks the first step in the aircraft’s return to service in Canada, which the regulator said would require a Canadian airworthiness directive in January and an interim order on training.

Investigations into the crashes of the Lion Air and Ethiopian Airlines flights pointed to Boeing’s poor systems design as a contributing factor and cricitized the FAA for lax oversight of the planemaker. 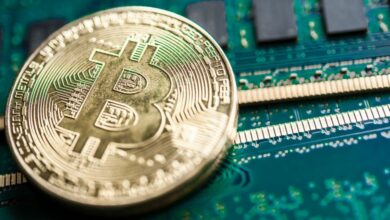 Millions in Bitcoin pouring into Ukraine from donors