In view of the political drama surrounding Benjamin Netanyahu’s departure, a novum in Israeli politics almost faded into the background: For the first time in Israel’s history Mansour Abbas’ United Arab List (Ra’am) became part of a coalition government.

However, Ra’am faces the difficult task of walking a fine line between catering to its Palestinian voters and being a reasonable partner to Israel’s extreme right.

Even though Palestinians make up almost 20 percent of Israel’s population, a voice for the minority has traditionally been largely excluded from the political decision-making process.

Their representatives were personae non-gratae, undesirables, not only in ultra-orthodox and right-wing circles but also for secular left and liberal parties.

After the March 2020 elections, Ra’am offered to support a centre-left coalition under Benny Gantz. However, Gantz turned down the offer – for fear of being torn apart by the right-wing camp as an Arab fraterniser and instead entered a coalition with his rival Netanyahu – a choice he will have regretted by now.

Thanks to Netanyahu, who in the past was often inclined to politicise the Arab question ad nauseam and stir up antipathy against them, Ra’am is now a member of the Israeli government.

However, Netanyahu legitimised Ra’am, allowing the anti-Netanyahu camp  – the Bloc for Change – to get Ra’am to join the coalition.

“From now on, any coalition with Arab parties has become legitimate – and this for the first time in Israeli history,” said Neuberger.

Ra’am thus became increasingly cognizant that it can achieve more within the system.

Usually, the Palestine question would dominate the election programmes of the Arab parties, but turnout among the Arab community remained relatively low. This year’s turnout marked the worst in history, at 44.6 percent.

Nonetheless, this indifference to politics forced Arab parties to usher in a paradigm shift, away from prioritising Palestinians in the occupied territories and towards improving the living conditions of their voters, the Palestinian citizens of Israel. It is a strategy change that made sense, given that voting Palestinian citizens appear to be interested in their own fate, first and foremost.

The Arab parties are responding to the changing mood of their voters, who are increasingly interested in bread-and-butter issues: rising criminal violence in the Arab towns and villages; education; social services; discrimination in employment and municipal budgets, said Neuberger.

“Ra’am was successful in going with the trend.”

However, while Ra’am has benefitted from this new reality in Israel, the status quo will not necessarily represent the future. Fundamental concerns among Jews towards Ra’am remain regarding defence, public security, and foreign policy. 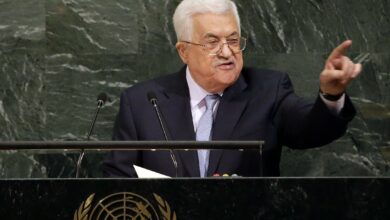