The UN is following “with great interest” the Kingdom’s Saudi Green and Middle East Green initiatives, which call for regional cooperation to tackle the environmental challenges facing Saudi Arabia and the wider region.

Unveiled by Crown Prince Mohammed bin Salman on Saturday, the initiatives include a number of ambitious projects designed to reduce carbon emissions in the region by 60 percent. This will be achieved mainly through the use of clean hydrocarbon technologies and the planting of 50 billion trees, including 10 billion in the Kingdom. Claimed to be the world’s largest afforestation project, it will also help to revive millions of hectares of deteriorated land.

In addition, the initiatives aim to preserve marine and coastal environments, increase the proportion of natural reserves and protected land, improve the regulation of oil production, accelerate the transition to clean energy and boost the amount of energy generated by renewables.

The Saudi initiatives stress the importance of partnerships between neighboring countries in efforts to address environmental challenges and improve the quality of life for people in the region.

“We’re following with great interest the efforts made by countries like Saudi Arabia to step up their climate ambitions,” said Stephane Dujarric, spokesman for UN Secretary-General Antonio Guterres.

“We very much look forward to hearing more from the Kingdom and other G20 members on April 22 at the meeting being organized by the US, and which will be the next milestone.”

This meeting is a Leaders’ Climate Summit that will take place on Earth Day, which is also the fifth anniversary of the day the Paris Agreement on climate change was opened for signature.

The UN believes 2021 is shaping up to be a pivotal, make-or-break year in the climate crisis. In a recent interview with Arab News, Marcel Alers, the head of energy at the UN Development Program (UNDP), said that the UN Climate Change Conference in the Scottish city of Glasgow in November might be the last chance for the political will to tackle the issue to emerge convincingly and translate into real action.

He highlighted Saudi Arabia as a country that is already taking the lead on climate change. As a nation that is particularly vulnerable to the effects of global warming because of its hot climate, the Kingdom finds itself caught in a vicious circle, Alers said: as climate change raises temperatures, there is a greater demand for electricity to power air conditioning systems, which requires more fossil fuel to be burned, which increases carbon emissions and speeds up global warming.

Authorities in Saudi Arabia are looking to the future, Alers said, and repositioning the country as a pioneer in the adoption of new technologies.

“The Saudis could be the leaders for the energy revolution of tomorrow,” he added.

As he launched the green initiatives on Saturday, Prince Mohammed said: “As a leading global oil producer, we are fully aware of our responsibility in advancing the fight against the climate crisis, and that just as we played a leading role in stabilizing energy markets during the oil and gas era, we will work to lead the coming green era.”

‘We still have hope’: Survivors mark Christmas after Typhoon Rai 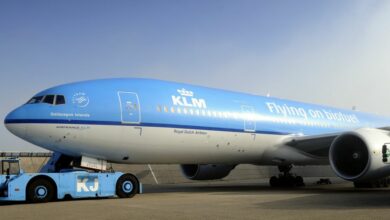 What will you remember at the end of your life? 1.7 Billion Threatened: There Are Just No Resources to Fight Chronic Diseases Like Leprosy

COP26 climate summit president says progress made, but not enough