In 2018, actress Cameron Diaz officially announced her retirement, but now she will return to the big screen.

Cameron Diaz is set to star in a new Netflix production titled: ‘Back in Action’ co-starring Jamie Fox.

This won’t be the first time Diaz and Fox starred together in a movies, as in 2014 the duo starred in the movie ‘Annie’ which was Diaz’s last feature film appearance.

Even though Netflix has not yet shared the date of the release of the movie, but it is confirmed that production is set to begin this year. 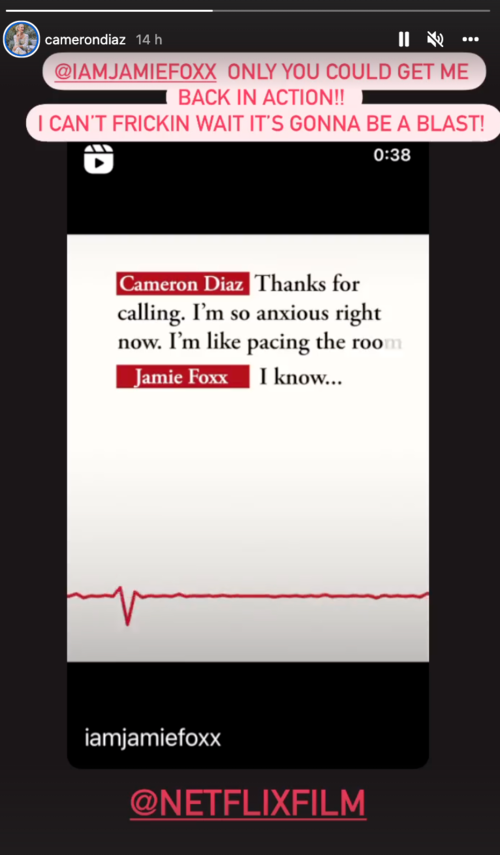 Following the announcement, Diaz took to her Instagram account to share with her followers her excitement over the upcoming movie, she wrote: “(Jamie Foxx) only you could get me back in action, I can’t frickin wait it’s gonna be a blast!”

Foxx and Diaz were in a joint recording where they chatted over Diaz’s comeback, the clip was shared on Jamie;s Twitter account.

“I feel excited but, I don’t know how to do this, you know?” Diaz said in the clip.

Athlete Tom Brady also joined the call, who retired earlier this year, but a few weeks after, he came out of retirement.

“I was talking to Jamie and he said you need a few tips on how to un-retire. I’m relatively successful at un-retiring,” Brady said.

Last year, Diaz stated that, as a mother, she couldn’t imagine being on a movie set for 16 hours a day anymore.

“Will I ever make a movie again? I’m not looking to, but will I? I don’t know. I have no idea. Maybe. Never say never,” she said at the time.

Diaz married Good Charlotte singer Benji Madden in 2015, and the two have one child together, Raddix, born in 2020. 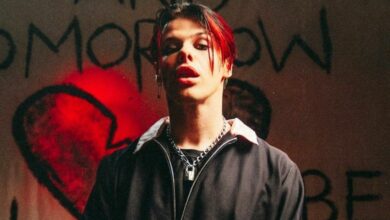 Yungblud: I opened my chest up and put my heart on a plate