Thousands of Moroccans and Spaniards have signed an online petition calling on Madrid authorities to re-investigate the death of a Moroccan youth a year ago.

The Spanish daily El Pais published on June 9 a video showing six security guards roughly restraining Ilyass al-Taheri, 18, in the city of Almeria, despite him not offering any kind of resistance.

The guards lead al-Taheri, whose hands were cuffed behind him, to a juvenile centre where they proceeded to shackle him face-down on a bed for 13 minutes, the video shows. After al-Taheri’s hands, feet and waist are tied down, one of the guards lifts al-Taheri’s head up before bringing it down on the bed, where he lay motionless.

Al-Taheri passed away soon after, and his medical autopsy concluded that the restraint process might have been behind his suffocation.

According to El Pais, the security guards reacted to Taheri’s “resistance to their orders” – which the video has disproved – and made them deal with the teenager by force, with his head pressed face-down on the bed. This is in violation of Spanish law, which stipulates that during an arrest, the head of the detainee must always be kept up to avoid harming them.

The newspaper pointed out that the victim’s family had appealed a judicial decision to close the file after an investigation last January concluded that Taheri’s death was accidental, and that the attempt to restrain him for such an extended time was “necessary” to prevent “violence or injury to himself”.

Taheri was admitted to the Tierras de Oria juvenile centre, where he was diagnosed with an antisocial personality disorder as a result of drug abuse from the age of 10. His family emigrated to Spain from Moroccan city of Tetouan.

The video has sparked widespread anger in Morocco, where social media users dubbed Taheri the “Moroccan Floyd” after comparing it with the clip of George Floyd’s death, which triggered anti-racism protests worldwide. Can Eritrea’s government survive the coronavirus? 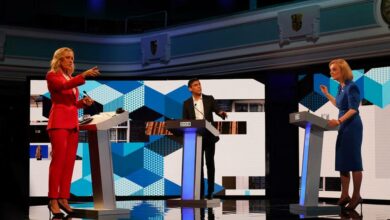