Burundi’s election commission has declared the governing party’s candidate, Evariste Ndayishimiye, as the winner of the country’s presidential election.

Since Ndayishimiye has received over 50 percent of the vote, he has avoided a runoff.

Ndayishimiye was picked by the governing CNDD-FDD party to succeed outgoing President Pierre Nkurunziza, whose controversial decision to seek a third term in the last election in 2015 sparked mass unrest, violence and an opposition boycott.

Before the officials results came in, Rwasa had already alleged foul play, saying early numbers showing his National Congress for Liberty party heading for a bruising defeat were a “fantasy”.

The commission said that 87.7 percent of registered voters had turned out to cast their ballots in last week’s elections, which also included the election of members of parliament and local officials.

The May 20 vote, which was contested by seven presidential hopefuls, is meant to usher in the first democratic transfer of power in 58 years of independence.

There were few international election monitors on Wednesday after the government said they would have to spend 14 days in quarantine to prevent the spread of the coronavirus.

Ndayishimiye is expected to be sworn in for a seven-year term in late August, when Nkurunziza’s term ends.

It is unclear whether Ndayishimiye would be able to rule free from interference by Nkurunziza, who in February was elevated by Parliament to the rank of “supreme guide for patriotism” and will remain chairman of the party’s highly influential council of elders.

Burundi has been increasingly isolated since the 2015 election, when eruptions of violence left at least 1,200 dead and saw 400,000 flee the country.

Persisting turmoil has lead foreign donors to cut ties, further scuttling the economy of Burundi, one of the poorest country’s in the world. 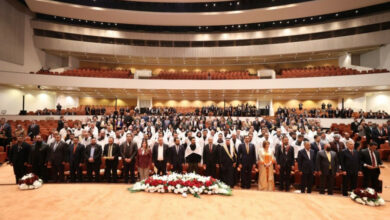