Over the next 12 months, a plethora of futuristic mega projects are coming online across the Middle East.

From billion-dollar entertainment complexes, stadiums, mega-hotels, dining destinations, a mega-museum and the region’s largest aquarium, here’s a look at some of the biggest projects expected to open their doors in 2021. 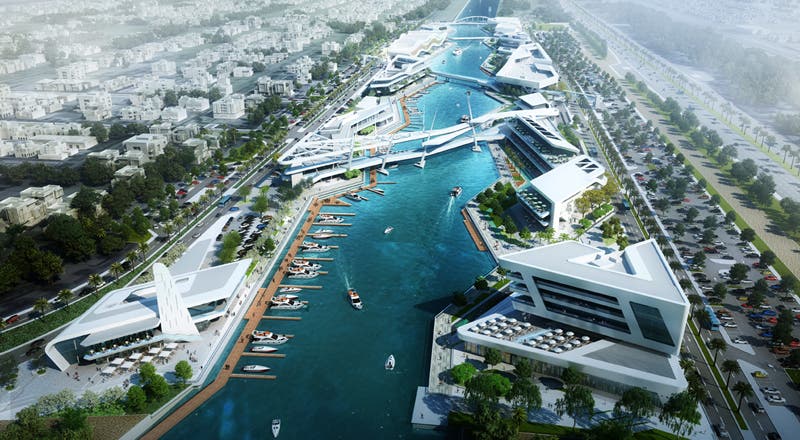 A view of Al Qana (Supplied)

Al Qana will also be home to a cinema, VR zone, E-Sports arena and a lifestyle wellness hub. The 8,000 square meter space, known as ‘The Bridge’, will have seven zones dedicated to different forms of health and wellness. Al Qana aims to bring to Abu Dhabi a new community with activities, including running, cycling, group yoga, HIIT, Pilates and more.

Heralded as the ‘pearl of Saudi Arabia’, Diriya Gate will help put Saudi Arabia’s tourism attractions on the map. Located on the outskirts of Riyadh, Diriya Gate is a $17 billion development built on the site of the UNESCO-listed site of At-Turaif; the sprawling mud-brick capital city founded in the 15th century. It will form several luxury resorts, managed by leading international hotel brands, and include more than 100 dining and entertainment attractions. The first hotel’s due to open in late 2021. 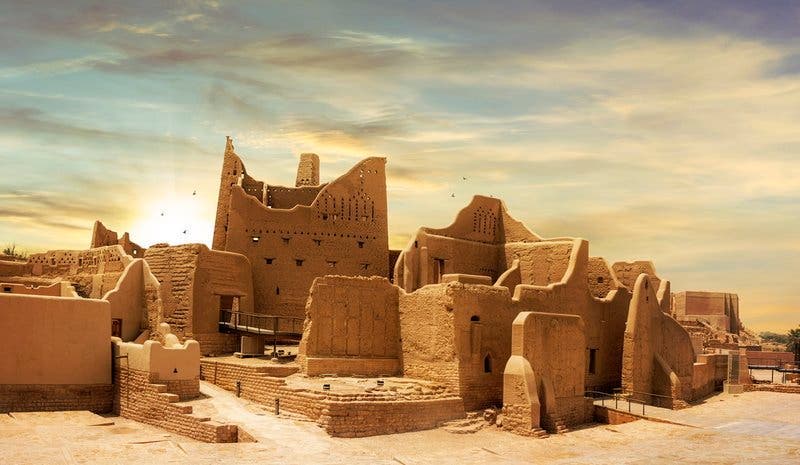 This summer, the Grand Egyptian Museum will become the largest archaeological venue in the world, hosting more than 100,000 artifacts. King Tut’s entire treasure collection will be on display for the first time. This will sit alongside exhibits covering the thousands of years of Egypt’s history, from the pharaonic civilization through to the ancient Greek and Roman periods of Egyptian history, and beyond.
The project has been underway for almost 20 years. In 2002, the Egyptian government announced an international competition for the design of the museum complex. In 2003, the winner of the architectural competition announced that the Irish firm, Heneghan Peng Architects secured the contract to turn their ultra-modern concept into the new Grand Egyptian Museum. 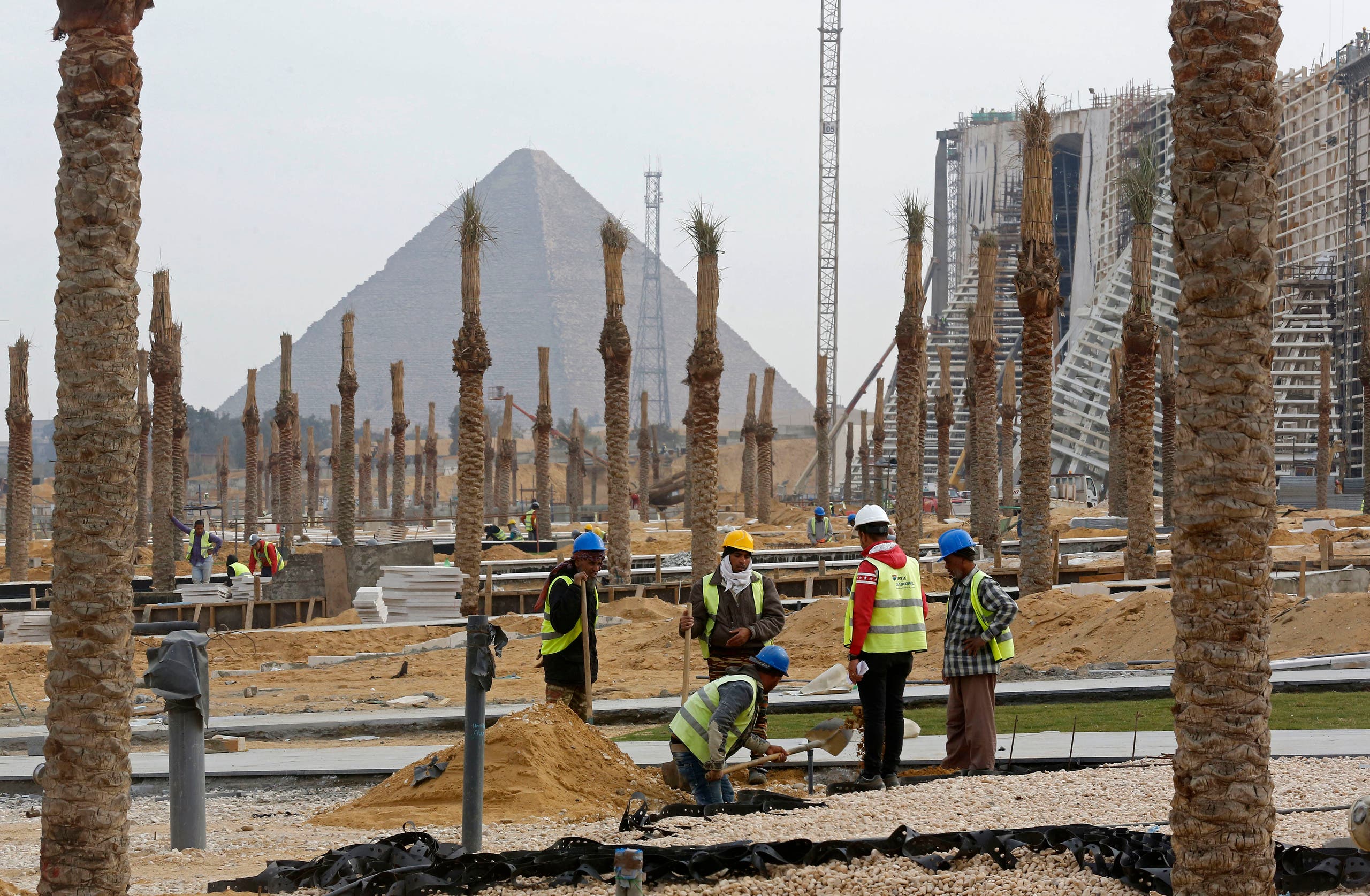 File photo of the landscape grounds at the Grand Egyptian Museum under construction in front of the Pyramids in Giza, Egypt. (File photo:AP)

Construction on the new museum began in 2005, but environmental, financial and political setbacks caused delays. With the project back on track, and is set to open in the middle of this year. When completed, the Grand Egyptian Museum located on the Giza Plateau, next door to the Pyramids, will become another Egyptian crown jewel, become one of the largest, modern, and renowned museums in the world.

A $3.2 billion mega project to the south of Abu Dhabi’s Yas Island, Yas Bay will house 15,000 people. Nineteen parks, retail space, leisure and entertainment zones, a waterfront and pier with 37 food and beverage outlets will appeal to residents and visitors.
It will also include the new indoor Etihad Arena, and two hotels, including The Hilton Yas Bay. 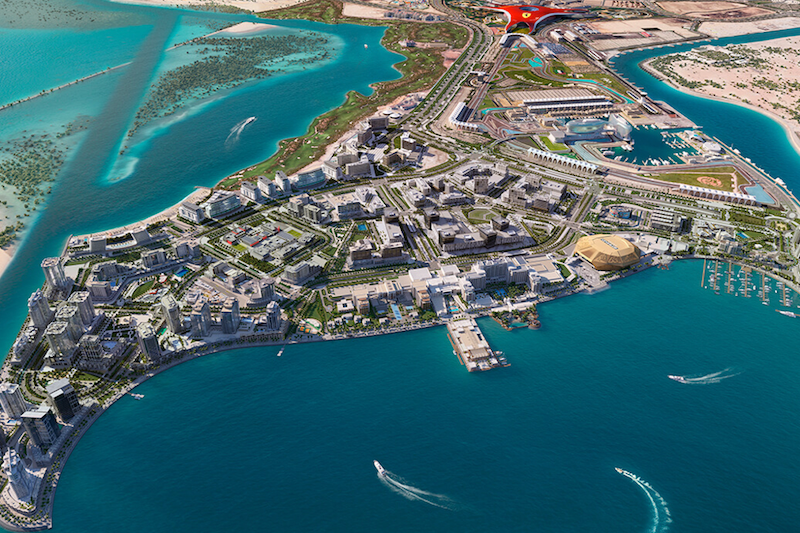 The Yas Creative Hub is a 270,000 square-meter megaproject (about the size of 10 football pitches) will have around 16,000 professionals working there. Set to transform the capital into a global media and entertainment powerhouse the project will feature five towers with more than 600 businesses.

This year, Dubai will showcase the World’s Greatest Show when it becomes the first Arab nation to host the World Expo, and countries from across the globe are signing up to present themselves in specially designed pavilions. 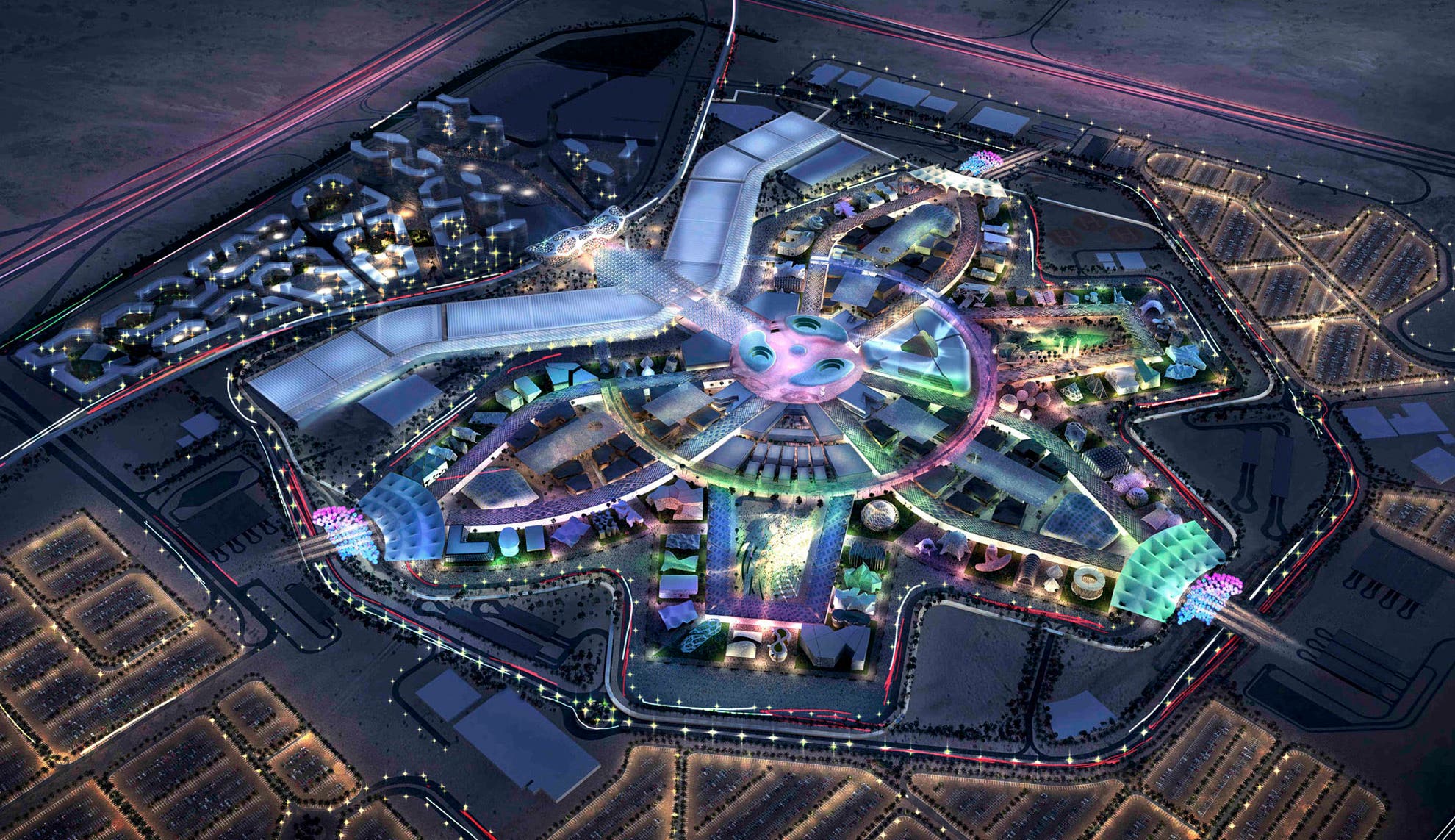 Featuring its own metro line, it’s capable of transporting 36,000 passengers per hour.

This week, Dubai unveiled the signature pavilion for the Expo: The Terra Pavilion, comprising a towering 130 meter-wide (426 feet) canopy blanketed with thousands of solar panels, is part of the sheikhdom’s push to rally enthusiasm for the high-stakes expo amid the pandemic that has pummeled its economy.

The global pandemic forced the Expo’s postponement, but expects to attract 25 million visitors and a flurry of business deals. The event represents a $7 billion gamble by the city to boost international tourism and investment.

Set to open this month Bahrain International Airport’s new $1.1 billion terminal, it boosts capacity to 14 million passengers per year. According to the Bahrain News Agency, the Airport Expansion Project is one of the Kingdom’s largest national developments in the sector in the last 20 years. 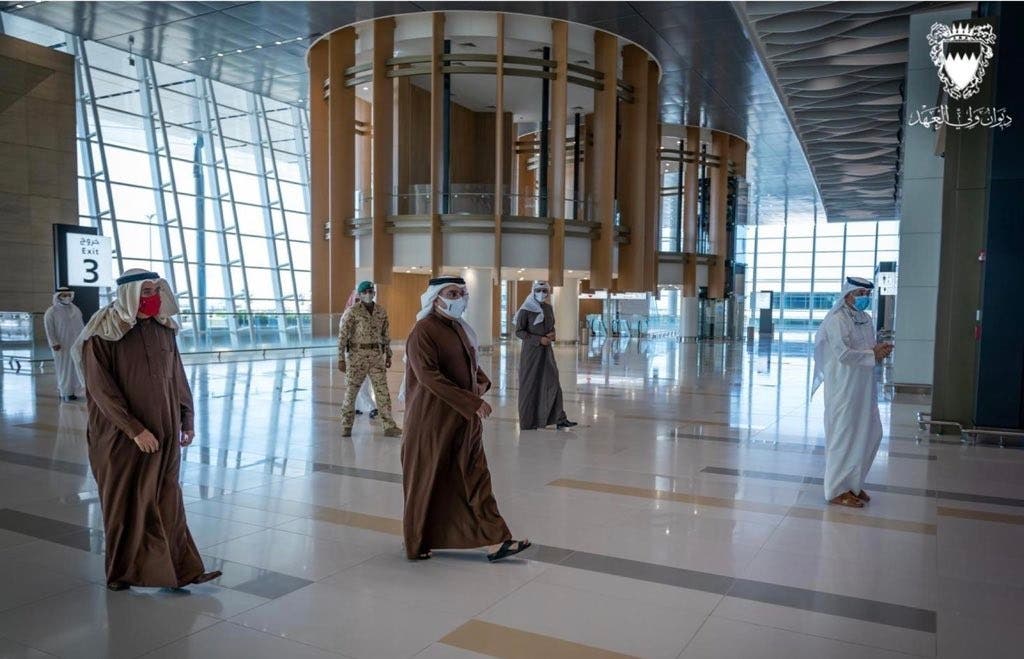 Oman’s major real estate and tourism developer Muriya has said work is ahead of schedule on The Beachfront, the latest development at Jebel Sifah, due for completion by the end of 2021.

A 40-minute drive from Muscat, Jebel Sifah is located between the towering peaks of the Al Hajjar Mountains, and features a Harradine-designed golf course. With a modern marina that includes superyacht berthing, a boutique hotel, restaurants and a choice of freehold residential properties, around 90 per cent of the project’s 118 units have already been sold, said the Omani developer. 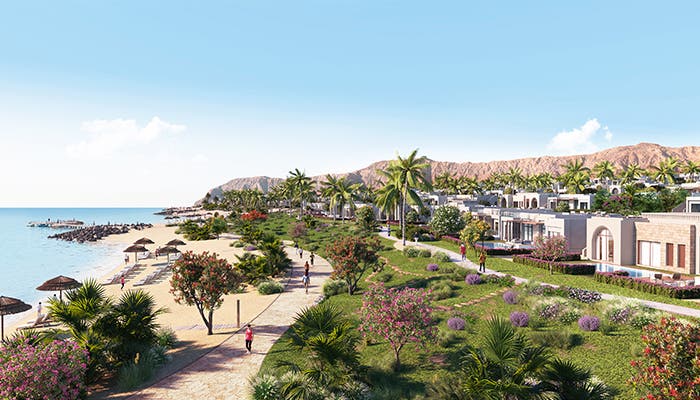 And for the next ten years?

GCC countries are planning $1 trillion of megaproject investments, to transform economically and socially, according to a 2020 report by Strategy& Middle East. These include many in Saudi Arabia, including the NEOM project, a city positioned to become a high-tech, next generation global center for innovation, trade and creativity in the Kingdom.

THE LINE is part of NEOM, and the latter describes it as a “never-before-seen approach to urbanization.” It is a 170-kilometer (kilometer) belt of re-imagined urban development with multiple, hyper-connected communities, with natural and walkable spaces. A central tenant of Saudi Arabia’s Vision 2030 plan aims to transform the country’s economy for a post-hydrocarbon age. 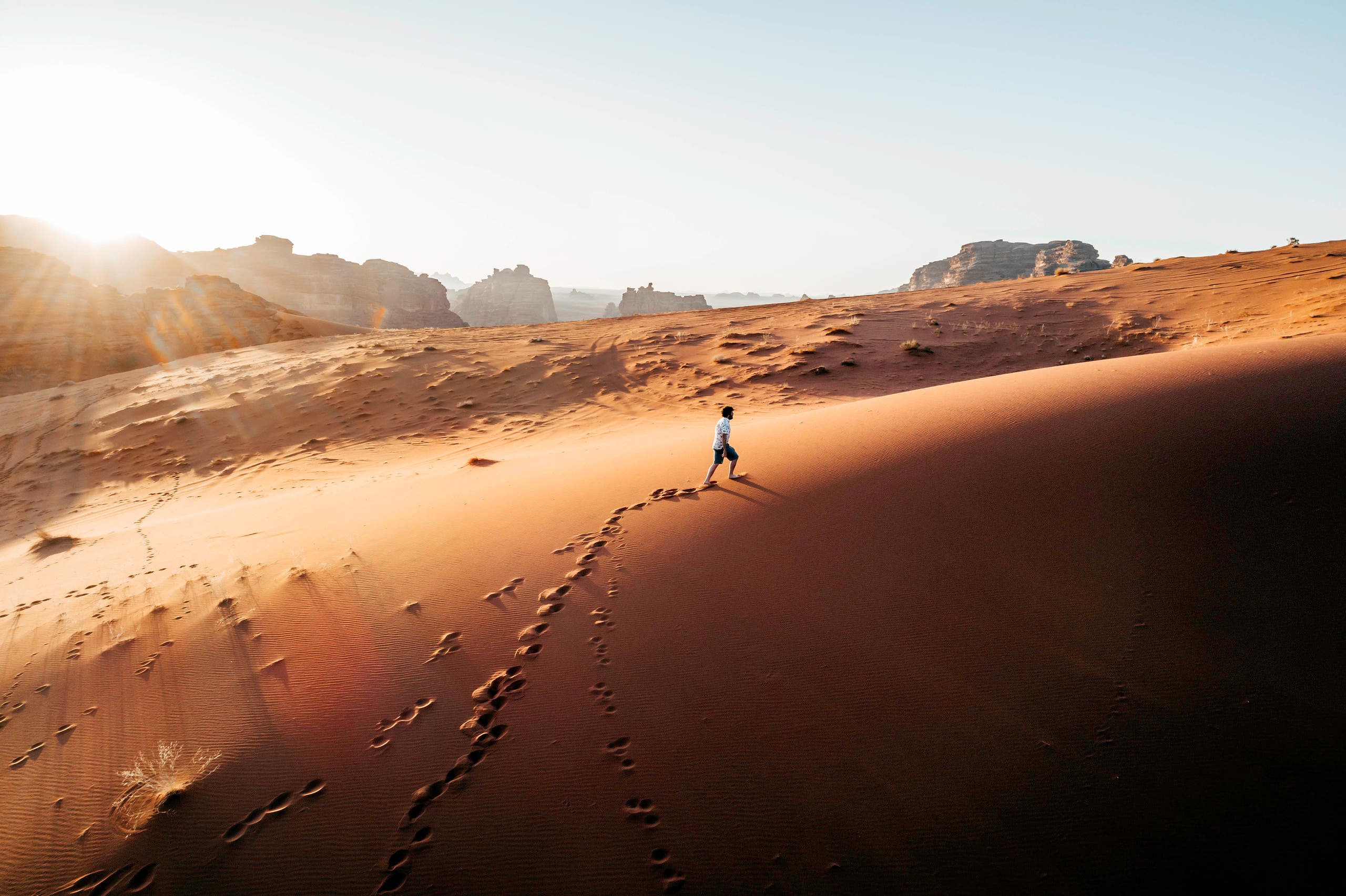 Other Saudi mega developments include the Red Sea Development Project, and Qiddiya, with all aimed to boost the Kingdom’s tourism sector. 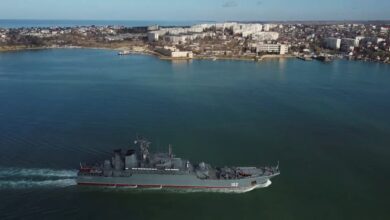 ‘Yes’: Biden says US would defend Taiwan against China

US, Taliban have negotiated 7-day reduction in violence: Pentagon