A British animal lover has been found dead at an animal shelter in Egypt after she was reportedly attacked by the dogs she helped care for.

Janet Johnstone, whose legal first name is Anne, was found by workers dead at the shelter in the Red Sea city of Dahab on Friday afternoon.

The 61-year-old had lacerations to her neck and was found lying next to a bag of food, according to local news outlet Ahram.

Johnstone, a well-known animal lover, lived in Egypt for 16 years, where she worked to protect stray and abandoned animals.

She ran a shelter to protect stray animals from hunger, disease and harm which was seen by some local residents as a nuisance.

She is said to have run the shelter single-handedly, funding it through online donations.

Johnstone’s friends and family are devastated at the news of her death and are trying to honour her legacy by re-homing the animals she tended to – which included rabbits, cats, horses and a donkey.

They accused Egyptian police of using her death to shut down the shelter.

“Authorities have tried shutting her down for years, they’re obviously using this to push for the shelter to be shut down,” her friends told MailOnline.

“We are very concerned for the animals. She dedicated her life to the dogs. This is not what she would have wanted,” they added.

Can You Become Gay if You Take The Vaccine?

India Plans to Use Drones to Fight the Locust Attack

Afghani Women Will Get Degrees Despite The Taliban! 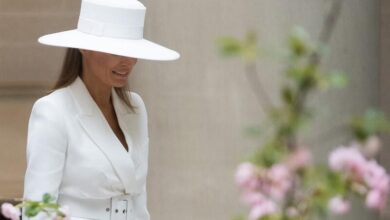