The institute said it started to distribute the vaccines after another distribution programme, which involved a deal between Brazil’s government and AstraZeneca, was stalled because of a delay in an active ingredient shipped from China.

Brazil expected to produce up to 100 million doses of its vaccine locally as part of that agreement.

Bolsonaro, who has repeatedly downplayed the threat of COVID-19, has faced increasing criticism for his handling of the vaccine roll-out and for his government’s inability to get a surging pandemic under control.

Brazil has recorded the second most COVID-19 deaths in the world – more than 215,000 – as well as at least 8.7 million cases since the start of the pandemic, according to Johns Hopkins University data.

The country is struggling to manage a major surge in infections and hospitalisations, including in the hard-hit Amazonas state, where hospitals have been pushed to their limits amid dwindling supplies of oxygen and other equipment.The Sinovac vaccine has shown a disappointing efficacy of just over 50 percent in Brazilian trials. Despite the government’s increasing reliance on the Chinese vaccine, Bolsonaro had previously decried it as useless.

The AstraZeneca vaccine, which was developed with Oxford University, has a 70.4 percent efficacy, according to preliminary trials.

Meanwhile, support for Bolsonaro has dropped sharply amid the current pandemic wave, according to a Datafolha poll released late Friday.Forty percent of respondents said Bolsonaro’s administration was bad or terrible, up from 32 percent in an early December survey. Just under a third of respondents rated Bolsonaro’s government as good or excellent, compared with 37 percent in the previous poll.

That is the biggest drop in Bolsonaro’s approval rating since his presidency began in 2019, the Folha de S Paulo newspaper reported.

Thousands of people, angered over the government’s response to the pandemic, joined protest caravans in several Brazilian cities on Saturday.

The demonstrations, organised by leftist parties and organisations, saw some 500 vehicles parading along Brasilia’s Esplanade of Ministries and blaring their horns, their windows painted with slogans like “Bolsonaro Out”, “Impeachment Now” and “Vaccination for Everyone”. 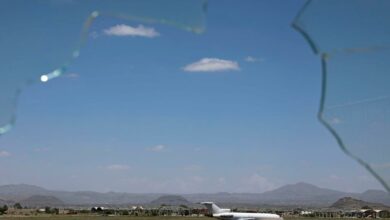