Demolition work began Saturday on a Serbian Orthodox church illegally built on land near Srebrenica seized from a Muslim family after the 1992-1995 civil war, the owner’s lawyer said.

The demolition began more than a year and a half after the European Court of Human Rights (ECHR) ordered the destruction of the church, which had been built on land owned by Muslims forced to flee during the war.

“The judgment of the ECHR is finally being carried out,” the family’s lawyer, Rusmin Karkin told AFP. “The work started early this morning.

“The church is already virtually destroyed and I think that everything will have been done by tomorrow.

“Even if this operation was postponed for more than a year because of the Covid epidemic, we never lost hope that it would be done,” he added.

Footage posted on social media and on local television showed a digger demolishing the building.

The church, long a flashpoint between the area’s Serbs and Muslims, was built in 1998 in Konjevic Polje on land seized from Fata Orlovic, a Muslim refugee.

The village is not far from Srbrenica, where more than 8,000 Muslim men and boys were massacred by Serb forces in 1995 – including Orlovic’s husband, the court said.

When Orlovic and others in her family returned they had their lands restored to them under the terms of the Dayton peace accords, except for the plot on which the church was built.

Her family’s legal efforts to force the church’s relocation proved unsuccessful, despite court rulings in Orlovic’s favour in 1999 and 2001.

The site became a source of tensions, at times leading to clashes between local Serbs and Muslims.

The destruction of the church comes three days ahead of Tuesday’s verdict at a UN war crimes court for Ratko Mladic, who is appealing his 2017 life conviction for genocide over the Srebrenica massacre. 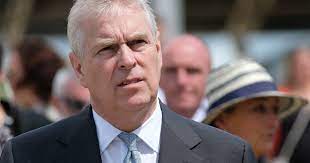