Boris Johnson said Britain may not be free of the coronavirus “for some time to come,” an admission that highlights the difficult task he has of persuading people to return to work and schools as the nation’s death toll from COVID-19 remains the highest in Europe.

In an opinion piece for the Mail on Sunday, Johnson acknowledged people’s frustration with the “complex” easing of England’s lockdown, but called on the “good sense of the British people” to act responsibly and allow the country to slowly return to normal life. A report by the Sun on Sunday said Johnson has told backbench Conservative lawmakers that he wants a return to near-normality in July.

The prime minister’s article came as a poll published in the Observer newspaper showed support for the government is waning. An Opinium survey indicated more people disapprove of the government’s handling than approve of it for the first time since it started tracking views on the pandemic in March.

“We have to acknowledge we may need to live with this virus for some time to come,” Johnson wrote. “We need to find new ways to control the virus. We will do that through testing and tracing.”

The opinion piece sought to put an end to one of the most chaotic periods of his premiership following his televised address to the nation last weekend. He dropped the “stay at home” message for “stay alert,” a shift that left many Britons confused as to what they were allowed to do outside, and whether they should risk returning to work.

“In return for the small freedoms we are allowing ourselves, we must stay alert,” Johnson said. “We must do so in the knowledge that our self-discipline will, eventually, lead to the return of our much-missed normality.”

In an interview with Sky News on Sunday, Cabinet Office Minister Michael Gove said that the UK is “making progress” against the virus, and that the number of people being infected is falling day by day. The government has recruited 17,000 contact tracers and will be ready to roll out its plan by end of the month, he said.

Under pressure from his own Conservative Party to ease Britain out of the lockdown and revive an economy plunging toward recession, Johnson is trying to encourage a skeptical electorate that they should return to offices and, particularly, send their children back to school next month.

Gove said steps are being taken to ensure children are as safe as possible, and pointed to the success of other countries in reopening classrooms. Still, he acknowledged the only way to keep people 100 percent safe was to totally remain at home throughout the crisis.

Under the government’s plans unveiled last Sunday, Britons who aren’t able to work from home and can work safely were encouraged to return to their places of employment. The roadmap said some shops will be reopened no earlier than June, while some pubs and restaurants can resume business no earlier than July.

Carolyn Fairbairn, director general of the Confederation of British Industry, said on Sky that the week had been one of “glimmers of light at the end of the tunnel” for UK firms. She cautioned that policies need to be coordinated across UK sectors and regions, adding “if we don’t have consensus, that will undermine confidence.”

Speaking on the BBC later on Sunday, Robert Chote, chairman of the Office for Budget Responsibility, the UK’s fiscal watchdog, said April was likely to have been the worst period of economic contraction for the UK, but the bigger question was how long the recovery takes and what scarring effects there may be. A period of austerity to help pay for the government’s financial response to the crisis isn’t “a done deal” he said.

Johnson’s article said his government will spend 93 million pounds ($113 million) on a vaccine research center in Oxfordshire that will open in summer 2021, a year ahead of schedule.

Wealthier governments are maneuvering to get first rights on potential vaccines, as COVID-19 has killed more than 310,000 people globally, upended the way people go about their daily lives, and cratered the world’s economies. Government figures showed Saturday that 34,466 people have died from the virus in the UK. 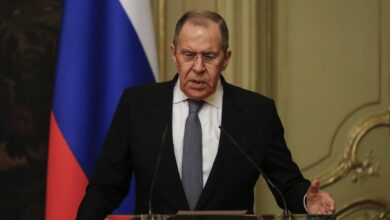 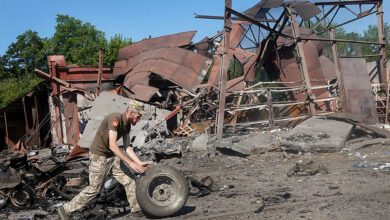