Syrian series ‘Chicago Street’ continues to spark controversy with its bold and shameless scenes as described by the Arab audience.

Yesterday evening, episode 24 was broadcast and the ending scene was shocking to the audience, when Syrian actress Riyam Kafarneh and her colleague, actor Khaled Shabab shared an intimate kiss.

Photos and videos of the episode were widely shared on social media platforms, with a new attack on the crew because they crossed the limits in the way they presented ideas.

Riyam Kafarneh had previously stated that her scenes are more daring than those of her co-worker, Sulaf Fawakherji.

She added that she opposes to presenting bold scenes, but she trusts the director, “Mohamed Abdel Aziz” and his ideas.

Kafarneh explained that if she had not been convinced that the plot needed these scenes, she would not have performed them, despite the character’s small space, but it is influential.

Foochia.com reached out to Riyam Kafarneh via a phone call to talk about the bold scene, but she refused to comment on what happened on social media, preferring not to engage in this controversy after the scene was presented.

Keep Your Eyes on Netflix: Movies by The Late Youssef Chahine Will Keep You Glued 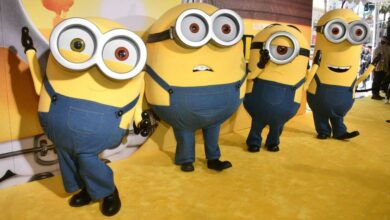