A magnitude 7.3 earthquake has struck off Japan’s east coast, rattling a region hit by a powerful 2011 quake, tsunami and nuclear meltdown just weeks before the disaster’s 10th anniversary.

The earthquake on Saturday produced powerful shaking along the coast and was felt strongly in the capital, Tokyo, but triggered no tsunami alert.

Its epicentre was off the coast of Fukushima prefecture at a depth of 60km (36 miles), the Japan Meteorological Agency said. It shook buildings for some time after it hit, shortly after 11pm (14:00 GMT).

Prime Minister Yoshihide Suga told an emergency meeting of the cabinet on Sunday morning that the late-night quake had injured many people in the Fukushima and Miyagi regions.

“But so far we have not received any reports of deaths,” he said.

Japan’s disaster agency said 74 injuries had been reported in the region and also around Tokyo, but local media counted at least 104 reported injuries, from broken bones to cuts from shattered glass.Aftershocks continued to rattle the region in the hours afterwards and officials cautioned local residents to be vigilant. A handful of people were reported to have sought shelter at evacuation centres.

There were no immediate reports of significant damage to infrastructure, though local news broadcast images of a landslide on a highway.

Approximately 950,000 homes lost power throughout the affected region, with the blackouts appearing to be concentrated in northeast Japan, including Fukushima and neighbouring prefectures.

No abnormalities were reported at the Fukushima nuclear plant, which melted down in the wake of the 2011 disaster, or at the Kahiwazaki-Kariwa nuclear plant, according to owner Tokyo Electric Power Company Holdings.

“We are working quickly to collect information but we still have no details to announce. There were some unconfirmed reports about landslides but we are still checking,” Mikihiro Meguro, an official from the Fukushima prefectural government, told the AFP news agency.

“As far as damage, casualties and structural damage are being assessed,” he said, adding that sections of the bullet train service had been suspended due to power outages.

Images posted online showed broken glass at a shop and items spilled off the shelves at a supermarket. 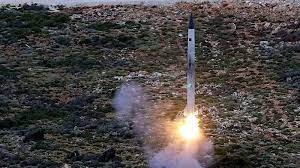