On April 29, Amit Jaiswal, a member of the Rashtriya Swayamsevak Sangh (RSS), passed away in Mathura, a small town in Uttar Pradesh state, just three hours from the national capital.

The 42-year old died of COVID-19 ten days after testing positive. His grieving family said that despite repeated SOS tweets to Prime Minister Narendra Modi, who followed Jaiswal on Twitter, no assistance came.

The RSS, a far-right Hindu supremacist organisation founded in 1925, is the ideological fountainhead of Modi’s governing Bharatiya Janata Party (BJP) and counts the prime minister among millions of its members across India.

Jaiswal’s heartbroken family tore off Modi’s posters that he had pasted on his car, claiming they would “never forgive Modi for his indifference”.

Grief-struck and angry at the avoidable deaths of their loved ones due to the coronavirus, thousands of Indians have heaped scornful criticism on Modi and his BJP, with the bitterness transcending barriers of religion, class, caste and politics.

Over the last two months, social media platforms including Facebook and Twitter have seen anti-Modi hashtags such as #ResignModi, #ModiFailsIndia and #ModiAgainstNation go viral. 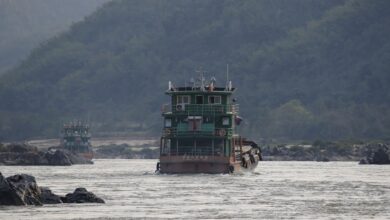