Several bills targeting the opioid crisis and drug overdoses took steps toward becoming law as they moved out of committees in Harrisburg.

The Pennsylvania State Senate Judiciary Committee moved a bill from Delaware County Republican Chris Quinn that expands good Samaritan protections beyond the anti-overdose medication naloxone, as he points out there are more effective overdose reversal drugs on the horizon.

While naloxone, or Narcan, has saved so many lives, “it doesn’t go far enough,” said Quinn.

“It typically lasts approximately four hours in someone’s system. And there are newer medications that are being considered by the FDA.”

Quinn’s bill changes the word “naloxone” in current law to the more general “opioid antagonists,” which he says would make sure Pennsylvania is positioned for widespread use of new medications as soon as they get FDA approval.

The committee also moved a bill that would legalize fentanyl test strips, so people dealing with addiction can protect themselves from unknowingly ingesting the more powerful opioid.

“They oftentimes don’t even know that fentanyl was present. So this simply takes something that can be used to test to see if fentanyl was present,” Struzzi said. “You can buy them on Amazon right now. But if you were to buy them, you will be breaking the law.”

Both bills passed the House in June and moved to the full Senate.

The House Judiciary Committee moved a bill from Republican Sen. Doug Mastriano that would require reporting of all overdoses. That bill passed the Senate in June and now heads to the full House for consideration.

This One Thing Reveals the Best Weight Loss Method for You

If You’re Trying to Lose Weight, Stop Doing These 5 Things

What Is a Pescatarian and What Do They Eat? 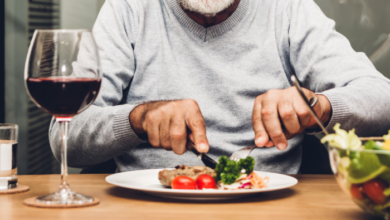 What to know about the HPV vaccine, cancer prevention and side effects