Lebanon’s sovereignty continues to be undermined due to Iran’s continued transfer of weapons to Hezbollah, US President Joe Biden said Tuesday, as he extended the declared state of national emergency in Beirut.

“Certain ongoing activities, such as Iran’s continuing arms transfers to Hezbollah — which include increasingly sophisticated weapons systems — serve to undermine Lebanese sovereignty, contribute to political and economic instability in the region, and continue to constitute an unusual and extraordinary threat to the national security and foreign policy of the United States,” Biden said in a letter to Congress.

“For this reason, I have determined that it is necessary to continue the national emergency declared in Executive Order 13441 with respect to Lebanon,” Biden added.

The US first declared a state of national emergency for Lebanon during the Bush administration in 2007.

The US believed, and continues to believe, that certain actors aimed at disrupting the rule of law in Lebanon. Washington says this includes neighboring Syria and Iran-backed Hezbollah.

According to the White House, such threats also pose a risk to US national security and foreign policy.

For the fourteenth consecutive year, the national emergency for Lebanon will be extended for another 365 days.

But this year is perhaps one of the most difficult for Lebanon. The country is suffering from unprecedented economic and financial crises due to rampant corruption on behalf of the ruling elite, coupled with the COVID-19 pandemic and aftermath of the Beirut blast.

Hezbollah continues to be the sole possessor of arms outside of the state’s control. Its participation in regional conflicts, including in Syria, Iraq and Yemen, has all but severed ties with Lebanon’s traditional Arab and Gulf allies. 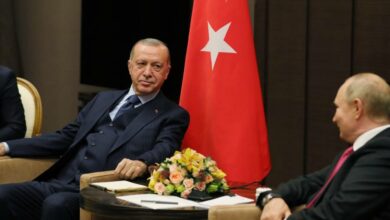