Democratic presidential nominee Joe Biden called on the Trump administration to “press” Turkey to stop its threats against Greece and said Turkey needed to reverse the decision to convert the Hagia Sophia to a mosque.

“The Trump administration must press Turkey to refrain from any further provocative actions in the region against Greece, including threats of force, to create the space for diplomacy to succeed. I also call on Turkish President Erdogan to reverse his recent decision to convert the Hagia Sophia to a mosque and to return this treasure to its former status as a museum, ensuring equal access for all, including the Orthodox faithful,” a statement from Biden said.

Turkish President Recep Tayyip Erdogan joined hundreds of worshipers on July 24 for the first Muslim prayers in 86 years inside Hagia Sophia, the Istanbul landmark that served as one of Christendom’s most significant cathedrals, a mosque and a museum before its conversion back into a Muslim place of worship.

Brushing aside international criticism, Erdogan issued a decree restoring the iconic building as a mosque, shortly after a Turkish high court ruled that the Hagia Sophia had been illegally made into a museum more than eight decades ago. 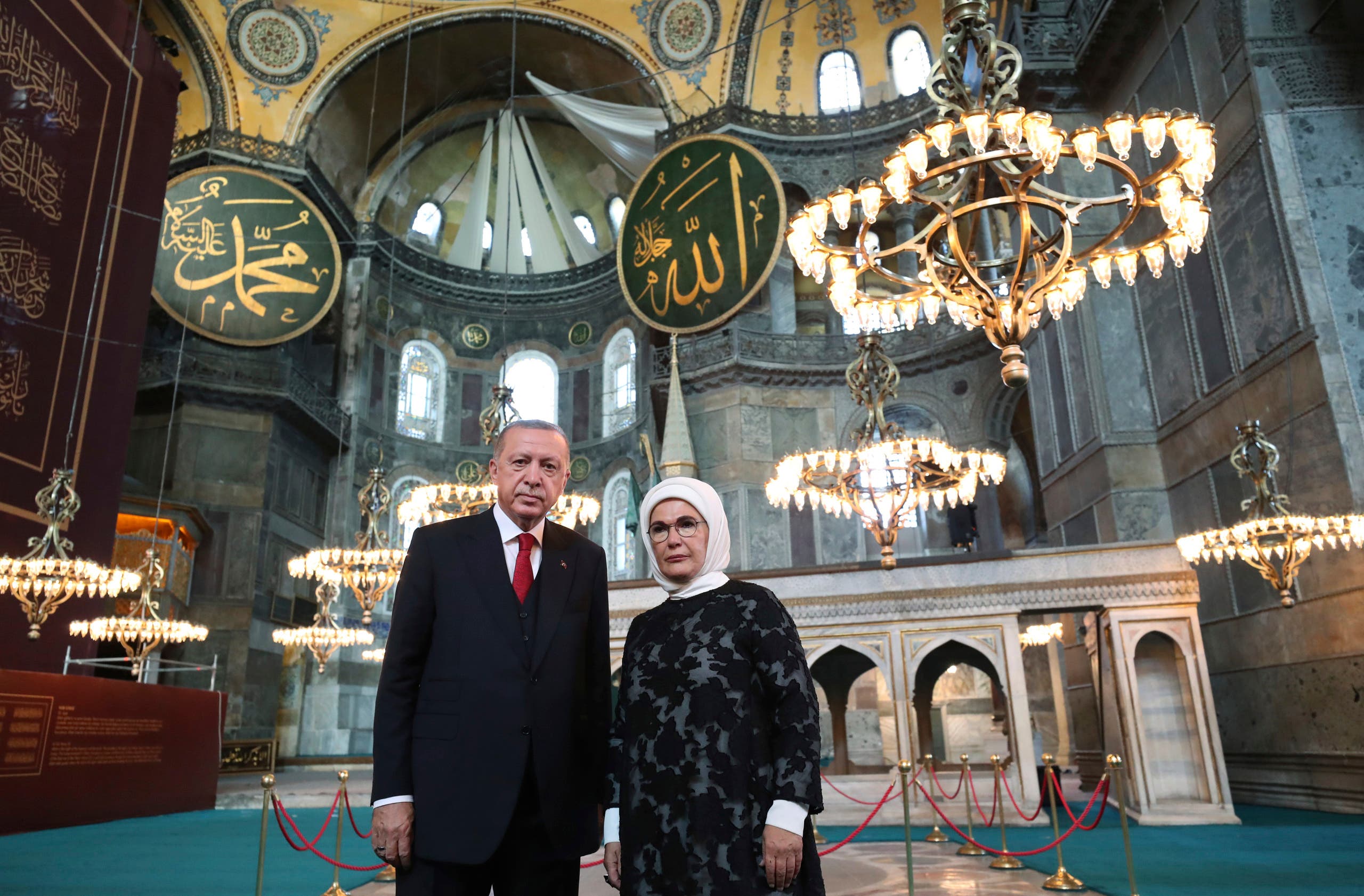 Turkey’s President Recep Tayyip Erdogan, accompanied by his wife Emine, poses for photographs as he visits the Byzantine-era Hagia Sophia, in Istanbul on July 23, 2020. (AP)

Erdogan pressed ahead with his provocative behavior despite warnings from the international community.

Greece has accused Turkey of violating its sovereignty by pushing ahead with natural gas exploration activities in disputed waters southwest of Cyprus. Both countries deployed naval warships to the area in shows of force, elevating concerns over a possible clash.

But NATO officials have stepped in along with the European Union to reduce tensions.

On Tuesday, Biden applauded the work of NATO Secretary-General Jens Stoltenberg, European allies and the US administration to defuse tensions in the eastern Mediterranean. “Disagreements in the region should be resolved peacefully, and the sovereignty and territorial integrity of all countries must be respected and protected,” Biden said.

Meanwhile, the former vice president praised the recent decision to “finally end the counterproductive embargo on nonlethal security assistance for Cyprus, which is a strategic partner for the United States.”

Turkey criticized the US after last month’s move announced by Secretary of State Mike Pompeo that Washington would lift a 33-year arms embargo on Cyprus and deepen its security cooperation with Nicosia.

Turkey invaded Cyprus in 1974 in response to a coup engineered by the then-military regime in Athens, which sought to unite the island with Greece.

The island has remained largely peaceful in the ensuing decades, with Greek Cypriot and Turkish Cypriot leaders working to build ties in recent years.