The designs were previously worn by superstars including Jennifer Lopez, Beyonce and Cardi B during major red carpet events, award shows and music videos.

Among the pieces up for grabs is a hot pink George Chakra couture dress that Lopez had wore at the 2018 American Music Awards, a heavily-embellished catsuit from Kuwaiti designer Yousef Al-Jasmi worn by rapper Cardi B and Beyonce’s custom, black gown from Beirut-based couture duo Azzi & Osta, which she wore to the Clive Davis Pre-Grammy Gala in 2018.

Stewart teamed up with eBay to help raise funds for Direct Relief, a global humanitarian organization, and its efforts during the coronavirus pandemic.

The digital auction can be accessed via eBay.com/chicrelief. It will kick off on May 17 at 7 p.m. ET and end on May 27. 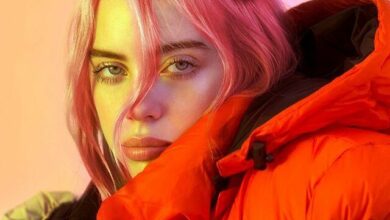 Billie Eilish Reveals She Had Red Hair for a Week