The 23-year-old catwalk siren was seen posing topless using her hands to hide her private parts as she took care of herself in France.

The sister of Gigi Hadid was at Dior Prestige and plugging their treatments after walking during Milan Fashion week.

Bella seems to be on a bed with white sheets for her spa treatment. The darling of the modeling world had her hair slicked back and hoop earrings on.

And the daughter of Yolanda Hadid wore no top as her hand and arm covered her chest.

Her undies could be seen in the corner only as she sat on the bed with one foot on the door. 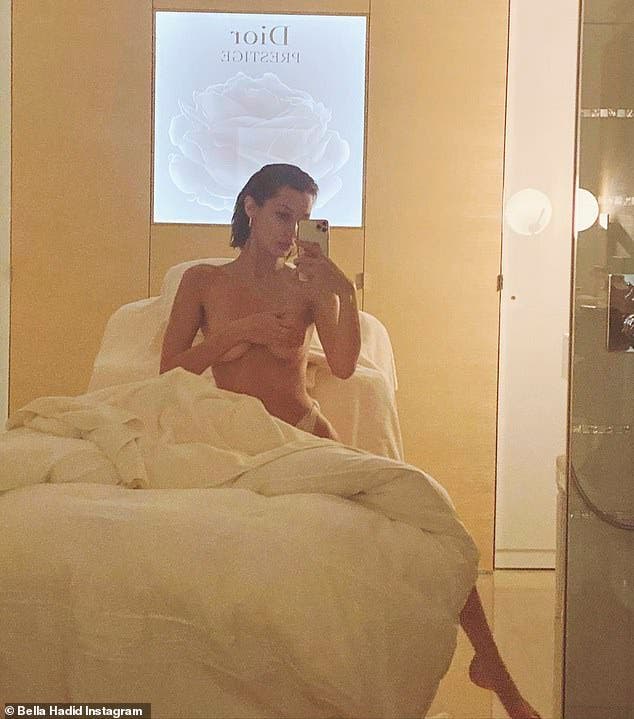 She took the images herself as she held up her cell phone camera to the mirror.

The next image saw her looking in a mirror as a white towel barely covered her chest.

Her caption got right to the point.

‘Not an ad…just wanna tell you bout the dreamiest place in paris…whenever my immune system is a little down I know exactly where to go… @diorskincare , Dior Institute.’

Rawan Bin Hussain Shocks Followers by Shaving Her Infant’s Hair With the Blade!