She has just returned home from a modelling shoot in Italy with BFF Hailey Bieber.

And the summer fun continued for Bella Hadid on Sunday, who wore next to nothing for a pool day on her Pennsylvania farm.

The 23-year-old beauty took to her social media where she was lying face down on a pool floatie.

Bella was only wearing an incredibly tiny red G-string in the photos. 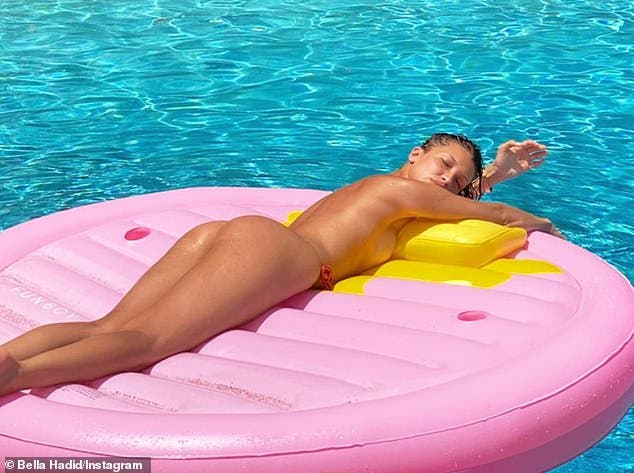 She was topless and ensured her kept modest by laying on her stomach while out and about.

The model’s hair was out and wet and she appeared to be makeup free.

Bella also took to social media to share a series of sultry shots on her feed.

‘Flower child,’ she captioned the photos.

The beauty stunned in a sheer mini dress that had a floral print on it. She accessorised the shots with a bunch of flowers. 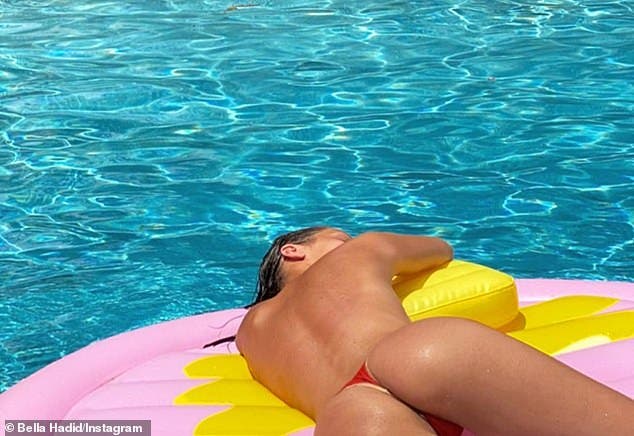 Bella’s brunette tresses were styled out with a fringe and she rocked a full face of makeup.

Bella has spent the majority of lockdown in Pennsylvania on her mom, Yolanda Hadid’s, farm.

Besides Yolanda, Bella’s been there with her pregnant sister Gigi Hadid and her boyfriend, Zayn Malik.

Carole Baskin Comes Out as Bisexual