Bella, 24, stunned in several looks in the artful and trippy video, which made generous use of reverse film and moody lighting.

The Washington, D.C.-born beauty at one point donned a fabulously sexy and completely sheer sleeveless glitter top, which nonetheless hid her nipples in trademark Mugler fashion.

Bella‘s look was completed with sheer blue arm coverings and a black skirt.

The supermodel also showcased her sensational figure in a sheer corset with a black panel over the bust and an edgy little black dress adorned with tulle.

Irina, 35, rocked three different ensembles in the runway show that was set against a black backdrop, including a handsome black and white suit that looked vaguely equestrian.

Another was a daring lingerie-inspired look that included copious sheer paneling, especially along the back, revealing a barely-there thong on Shayk’s derrière.

Hunter, 22, was otherworldly and sublime in several getups for the show, from Mugler creative director Casey Cadwallader.

She sported several different black looks, and then in one particularly hypnotic sequence, was filmed in reverse as she was drenched in water while wearing a sheer pink dress.

The superior collection ran the entire gamut from menswear to gowns, and monochromatic sheath dresses with controlled pops of stunning color.

The elegant and striking visual piece was directed by TORSO, with styling by Haley Wollens. Makeup was done by Farah Homidi, and hair was by Jimmy Paul.

The fashion house was founded by famed French fashion designer Thierry Mugler, 72. Since his departure from fashion he began going by his first name, Manfred, and started extensive bodybuilding.

Cadwallader was announced as Mugler‘s new creative director in December 2017.

Messi to Finish His Career at Barca – Koeman 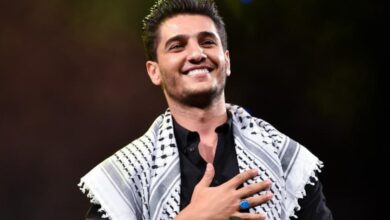 Mohammed Assaf And His Newborn Rocker Patti Smith: My voice is in writing and poetry 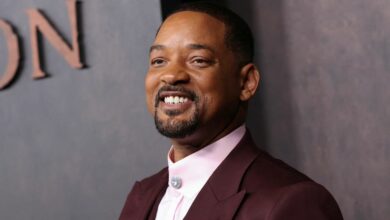 Emancipation movie: The true story of ‘Whipped Peter’ in Will Smith’s new film