Many studies highlighted the direct impact gut bacteria have on our health, but a new research suggests that the nose microbiome can have a significant effect on our health as well.

Researchers from the University of Antwerp found that your nose is home to an entire host of microorganisms, just like the rest of your body. The different types of ‘good’ or ‘bad’ bacteria specific to the nasal cavities might end up protecting you from certain health issues, or putting you more at risk of others. The new study was published in the recent issue of the journal Cell Reports.

The inspiration for this new study came from the mother of one of the researchers, who was having problems with headaches and chronic rhinosinusitis, a condition that causes pain and swelling in the sinuses and nasal cavity.

In a report published Saturday on the Science Alert website, Microbiologist Sarah Lebeer, from the University of Antwerp in Belgium, said: “My mother had tried many different treatments, but none worked.”

Lebeer and her team analyzed nose bacteria from 100 healthy volunteers and 225 people with chronic rhinosinusitis, characterizing 30 different families of bacteria in all. One family in particular stood out: lactobacilli.

These bacteria were more abundant in the healthy group of study participants – up to 10 times more abundant in some cases- and appeared to have adapted for nasal life, having evolved unique genes to manage the high oxygen levels in the cavity, and using thin tubes called fimbriae to help cling on.

The next problem for the researchers was testing whether the presence of these lactobacilli could be artificially introduced into the nose – something that can’t be easily done using an animal model, because the animal nasal microbiome is totally different from the human one.

In the end, the team created an experiment where one lactobacillus strain was sprayed into the noses of 20 healthy volunteers, twice daily for two weeks. While the nasal cavity typically filters out foreign bodies, here the bacteria were able to colonize.

Some participants reported being able to breathe more easily as a result. Further down the line, we might be able to come up with safe, effective treatments that can grow certain nose bacteria to help treat rhinosinusitis, the researchers said.

How Bad Is It to Fall Asleep While Looking at Your Phone?

Explore The Journey of The Pearl Mullet 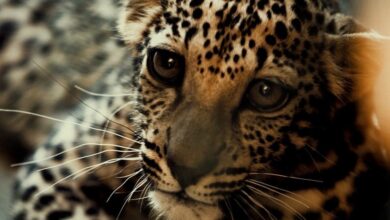