Belarus on Friday threatened to siphon off oil from Russia’s transit pipeline to Europe unless Moscow restarted crude supplies. Minsk also accused the Kremlin of using energy prices as leverage to try to swallow up its former Soviet neighbour.

The threat, from Belarusian President Alexander Lukashenko, escalates a dispute between the two countries over oil supplies, and lifts the lid on a bigger geopolitical dispute that has seen Minsk accuse Moscow of trying to bully it into a unified state.

Russian oil flows to Belarus have slowed to a trickle since January 1, after Moscow and Minsk failed to agree on terms for 2020 supplies, prompting Belarus, traditionally a close Moscow ally, to search for fuel elsewhere and to nurture ties with the West.

“If Russia doesn’t supply oil in necessary volumes, we would start taking it from the transit pipeline,” Lukashenko was quoted as saying by the Belta news agency.

The Druzhba pipeline, which crosses Belarus territory, supplies about one million barrels per day of Russian oil to Europe, including Poland and Germany.

In some of his strongest comments on the subject yet, Lukashenko suggested Moscow was pressuring him to merge his country with Russia to get cheaper Russian oil.

“By integration, they mean the takeover of Belarus,” said Lukashenko.

“This is not integration, this is incorporation,” he added, saying Minsk would “never go for that”.

“They are already saying: become part of Russia, then we will supply spare parts, then there will be other prices for oil and gas.”

Lukashenko said refineries in Belarus had received only 500,000 tonnes of Russian oil in January, down from a planned two million tonnes.

Belarus was in talks with Poland to receive supplies of US and Saudi oil via a pipeline from Gdansk, he said.

The oil dispute is part of a wider political discord between Moscow and Minsk over setting up a unified state, plans for which were originally announced in the 1990s.

Lukashenko met Russian counterpart Vladimir Putin last week, but they failed to agree on a new oil deal for 2020. 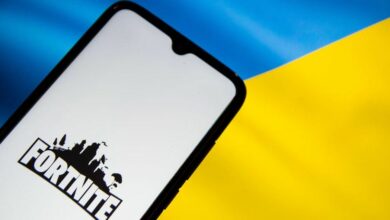 Surging interest from major investors sends Bitcoin to peak past $23,000