The fate that befell the Lebanese nation on August 4, 2020 was a tragic one. The port of Beirut saw a large amount of ammonium nitrate, explode, leading to over 200 deaths and around 7,500 injuries.

Stored in a warehouse for six years, the Beirut blast was one of the biggest non-nuclear explosions to ever be recorded. It left the Lebanese capital in ruins. The property damage of the explosion amounted to $15 billion, leaving over 300,000 people homeless. A country, which was already grappling with a global pandemic, incomprehensible national debt and no stable government, was now on the brink of famine.

There were 2,750 tons of explosive material stored at the port with little safety measures taken into consideration. Surrounded by residential areas, the warehouse’s contents was a disaster waiting to happen.

When firefighters were initially sent there to put out the fire, the government and those who were aware of the stored explosive substances, were aware of the extent to which this could have spun out of control.

Instead of warning the residents in the nearby areas or declaring a state of emergency for the capital, they sent the firefighters to their death and allowed the explosion to completely and absolutely ravage the Lebanese capital.

Lebanese government officials are yet to disclose the culprit(s) behind the storage of the explosive material. Many senior officials have already been detained, some of which included the port’s head of customs and general manager. The country’s caretaker prime minister Hassan Diab and three ex-ministers were also charged with negligence.

This eventually caused Diab and his cabinet to resign after only taking office at the beginning of 2020.

According to Reuters, security officials warned both the prime minister and the president a month prior to the blast that the ammonium nitrate posed a serious security risk, and that it had the potential to destroy the capital. 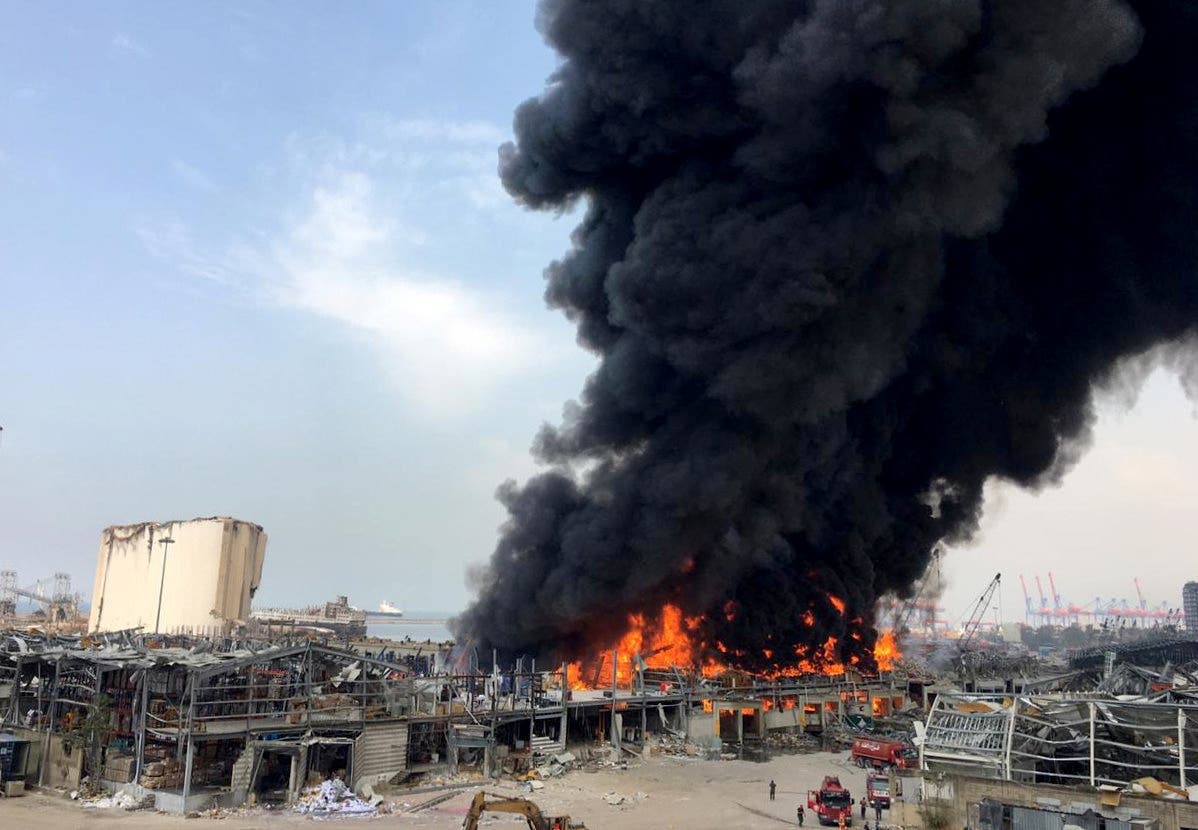 The aftermath of the explosion was badly managed by the politicians, causing anger to grow which led to more protests and an economic crisis with no light at the end of the tunnel.

According to the Economist Intelligence Unit’s analysis, Lebanon’s economy shrank by 20.7 percent in 2020 and is projected to contract by a further 6.3 percent in 2021 due to the pandemic, devaluation of the currency, hyperinflation, debt and an inevitable decrease in private consumption.

It has been over five months since the explosion, and no solid resolution or recovery plan is in motion to deal with both the economic and political crises.

“The Beirut Port explosion inflicted huge human and material damages unseen in Lebanon since the Civil War. The damages exceeded the capacity of Lebanon to sustain in the shirt to medium term,” said Marwan Barakat, Chief Economist and head of Research at Bank Audi.
The World Bank estimates that the direct damages from the blast and indirect spillover on the economy amounted to no less than $8 billion.

“Lebanon was already caught up in an unprecedented macro crisis that drove it into real sector depression, monetary drift and huge socio-economic pressures. The blast is set to worsen the economic conditions even further, disregarding any foreign assistance that Lebanon received or is apt to receive. Central Bank’s Liquid FX reserves are already at a low of USD 17 billion and are getting depleted at a significant pace, weakening the remaining buffers of the economy,” added Barakat. 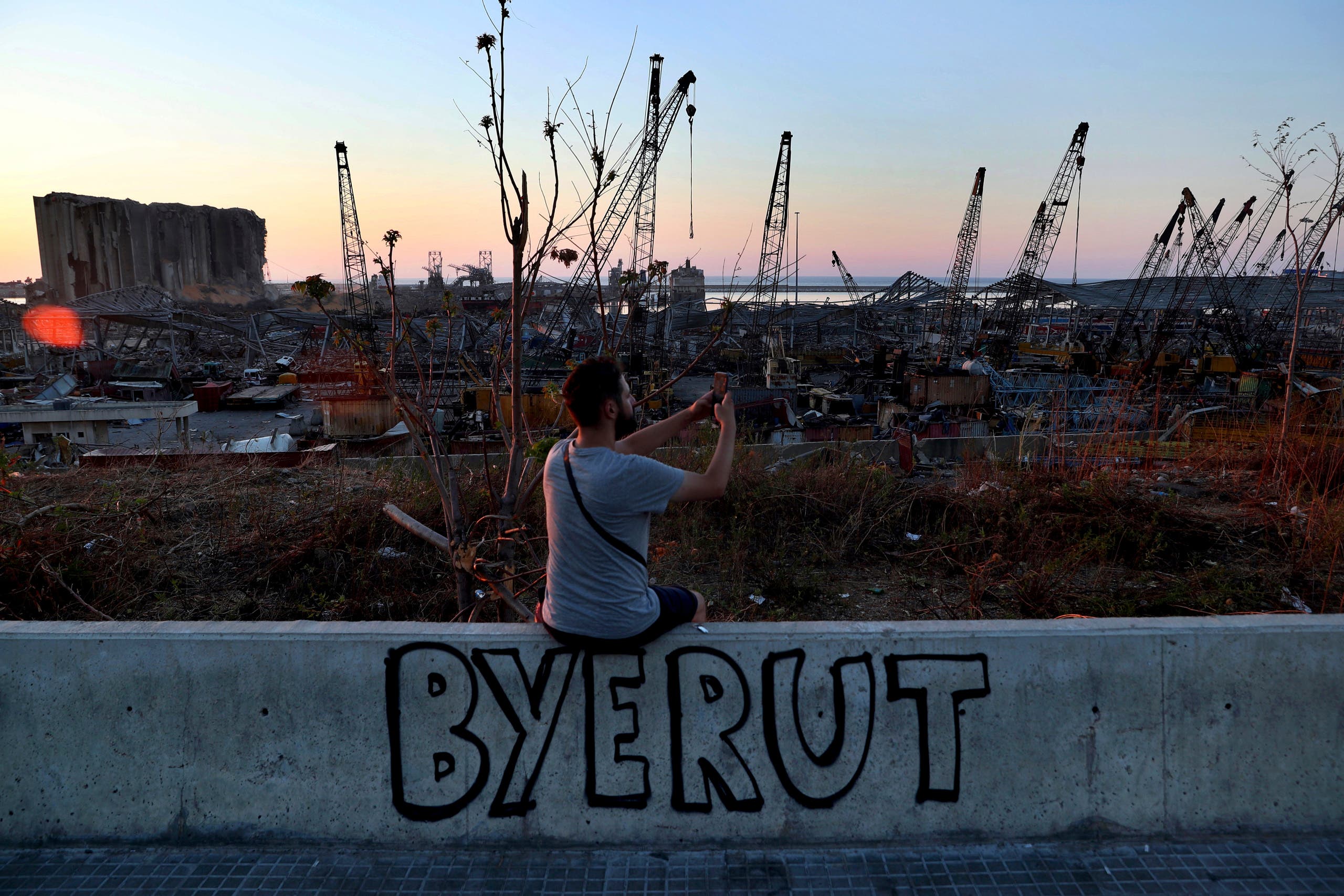 These are several factors that heavily affected real sector performance and money generation. This exerted some significant pressures on the socioeconomic conditions of Lebanese households.”

“The blast exacerbated an economy which was in free-fall since October 2019, after which came the challenges brought about by the COVID-19 pandemic,” said Beirut-based political economist and author, Marina Chamma. “This collapse has been in the making for 30 years. Lebanon has not had a sustainable and equitable official economic vision since the end of the civil war, nor a genuine willingness to implement any such policies for that purpose.”

The IMF estimated real GDP growth at -25 percent in 2020 and end-of-year inflation at 145 percent.

By the end of 2020, Lebanon became the third worst performing economy worldwide after Venezuela and Libya. 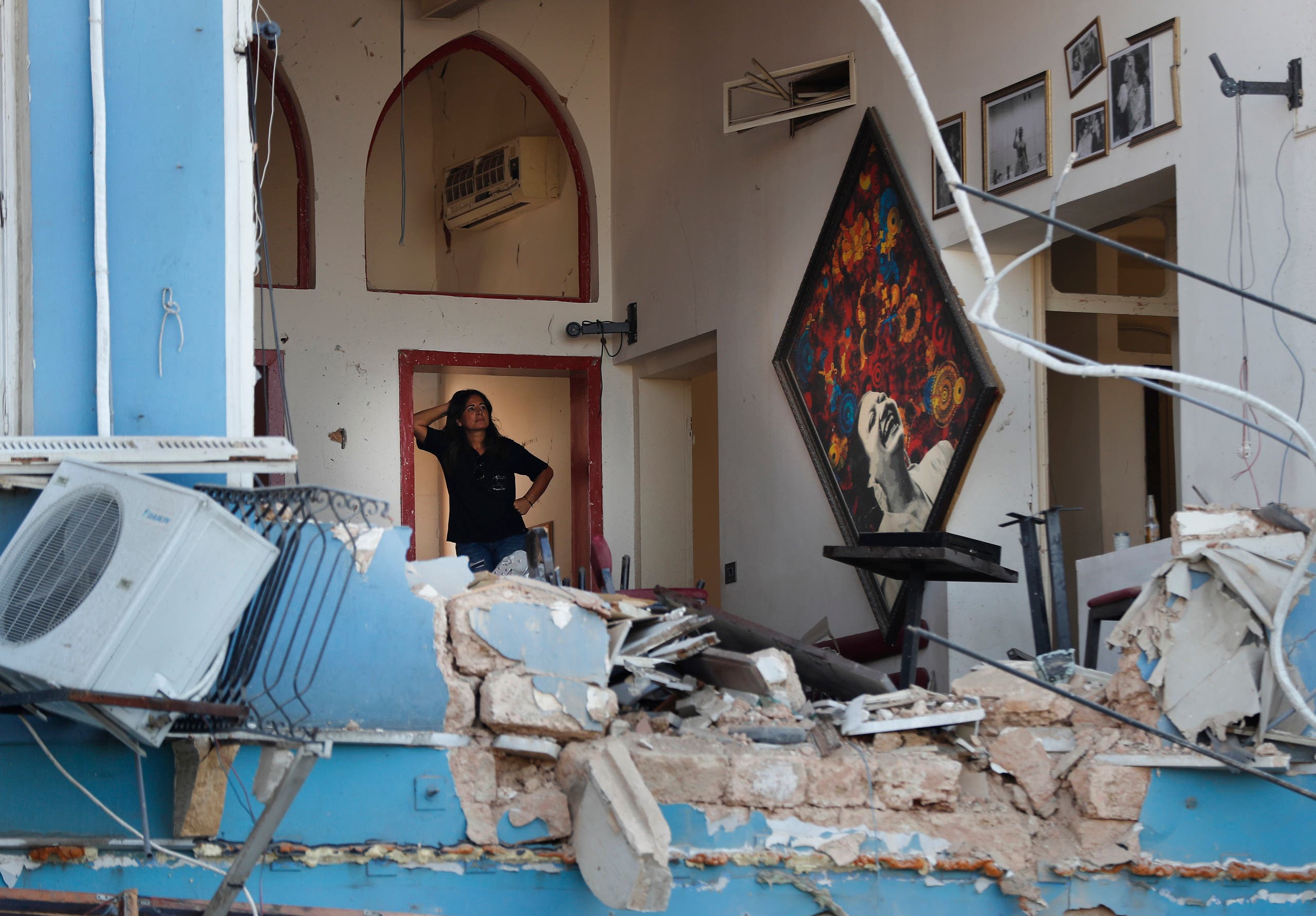 A woman stands inside a damaged restaurant a day after an explosion hit the seaport of Beirut, Lebanon, Wednesday, Aug. 5, 2020. (AP)

The solution, according to Barakat, is a “crisis exit strategy to be formed by a credible upcoming government that would have to address five major economic challenges”.

Barakat notes that the five fundamental challenges are: the currency situation; reforming the banking system; adjusting the large imbalances at the level of public finances that creates vulnerability to the Lebanese economy, susceptible adjusting the external sector that is widening imbalances and fostering economic growth, and opportunities.

“At this point, we’re beyond the need for solutions, visions and strategies, of which we have tons pilling up dust over decades. What we need is a will to implement them. From combating corruption, overhauling infrastructure, establishing socio-economic protection for over 50% of the population at the poverty line and everything in between,” said Chamma. “It sounds cliché because it is. Just because we’re hitting rock bottom, doesn’t mean that what has to be done is any different- it is simply more painful.

“I believe there can’t be economic recovery without sound or at least stable political foundations to work from. This also entails the realization that the same system (and people) that got us in this mess can’t possibly get us out of it,” she added.