The decision made the relatively unknown politician an international celebrity overnight – after all it is not every day that a woman as young as Marin gets the chance to lead a country. Countless articles and news reports published and broadcast across the world celebrated her sudden rise to power as a “feminist victory” and praised Finland for its “progressiveness”.

Marin’s premiership has clearly been perceived by many in Finland and beyond as a manifestation of Nordic gender equality. But is Finland really that unique for having a young, female leader? And more importantly, is having a woman leader definitive proof that a country reached gender equality?

According to this measure, Pakistan, a country often branded “deeply conservative” and “patriarchal” and even considered one of the most dangerous in the world for women, for example, was seemingly as progressive as Finland over 30 years ago when Pakistanis elected a 35-year-old woman, Benazir Bhutto, as their prime minister.

And Pakistan was not the only “conservative”, predominantly Muslim nation to beat “progressive” Finland to electing a female head of state. Khaleda Zia became the first female prime minister of Bangladesh in 1991 and Tansu Ciller was elected Turkey’s prime minister in 1993.

Other nations that are part of the global south, and that are similarly perceived in the West as “dangerous” or “hostile” to women, had female leaders even earlier. Sri Lanka’s first female Prime Minister Sirimavo Bandaranaike was elected to office in 1960, while Indira Gandhi became India’s prime minister in 1966.

Unlike Marin, whose ascent to power was widely seen as a consequence of her country’s feminist values, Bhutto’s tenure was seen as an anomaly.

As the daughter of former Prime Minister Zulfikar Ali Bhutto, Bhutto hailed from a political dynasty and was groomed from an early age for a career in politics. Her family’s wealth and status allowed her to study at Harvard and Oxford.

After her father was hanged by military dictator Zia ul-Haq in 1979, she started to lead the struggle for the reinstatement of democracy in the country. But if not for her political family, elite status and the feudal nature of the Pakistani society, she may never have made it as far.

Bhutto undeniably faced additional obstacles during her two terms in office because of her gender and had to navigate pressure from conservative forces that did not want to submit to a woman’s authority. But was Bhutto’s election as prime minister a real victory for women in Pakistan? Did she use her status as leader to elevate and empower women in the country?

Not really, if we are to go by legislation enacted by her governments. Repressive laws from Zia ul-Haq’s time remained untouched throughout Bhutto’s tenure, much to women’s rights groups’ dismay. Moreover, she arguably contributed to the oppression of women in neighbouring Afghanistan by choosing to recognise the repressive, anti-women Taliban regime there.

Marin, on the other hand, comes from a working-class background. She managed to rise to the top because her country offers free, quality education to every child living there and has a political system (unlike Pakistan) where a lack of money and connections do not hinder one’s chances of becoming prime minister.

Moreover, Finland has an excellent track record when it comes to women’s presence in the workforce, access to education and political representation. Pakistan, on the other hand, remains abysmally low in these rankings.

None of this, however, means Finland is a feminist utopia and Pakistan is a dangerous country where women can never feel safe.

The situation in both countries is a lot more complex than that.

Despite all the stereotypes, not all sections of Pakistan’s diverse society are hostile to women. There are pockets of liberalism in the society that are rarely seen in the West – the lifestyle of the educated elite is strikingly similar to the West and there are families even in the lower ranks of the society that believe in educating their daughters and giving them the freedom to control their own lives. Many Pakistani women are also breaking stereotypes by working in male-dominated professions such as the police.

These may be exceptions to the rule but the entire country should not be painted with the same brush.

Meanwhile, Finland’s fight for gender equality is most certainly not complete and the country is not free of gendered oppression, violence and discrimination.

First of all, its political history is dominated by men – it was only in the late 1990s and early 2000s that the number of female ministers in the country started to slowly climb up from almost zero. And, earlier this year, the pregnancy of a female minister, Annika Saarikko, while in office in Finland became a hot topic of discussion.

Even in a so-called progressive society such as Finland, some thought that her giving birth while in office would hinder her ability to carry out her duties. In Pakistan, Bhutto had a baby while in office back in 1990 without any significant controversy.

While Finland continues to be celebrated as some kind of paradise for women, the alarmingly high rates of rape and domestic violence in the country are often ignored. Nearly 50 percent of women and girls above the age of 15 have experienced physical or sexual violence, according to a recent report. In fact, a 2014 study found Finland to be the second-most violent country in the EU for women.

Moreover, Finland did not actually elect Marin as prime minister. She was selected for the post by her party following the resignation of Antti Rinne. Had there been an actual election in Finland, there would most probably now be an anti-feminist, nationalist government in power. Marin’s Social Democrat Party would not have won as it did in April this year.

Much like everywhere else in the West, anti-immigration sentiment has been on the rise in Finland in recent years. The Islamophobia exhibited by such political forces usually goes hand-in-hand with opposition to feminism or even outright hatred of women. In the last parliamentary elections, the highest number of votes went to Jussi Halla-aho, leader of the Finns Party, which is known for its anti-immigration stance.

The party’s youth wing has declared itself to be anti-feminist because it believes feminism is harmful to society, and Halla-aho himself has openly hoped that supporters of the green left would be targeted by rapists. His party is now the most popular one in Finland, according to recent polls.

This, perhaps more than Marin’s premiership, should tell us something about the political climate in Finland. It is a patriarchal society in which more and more people there seem to think that feminism has gone “too far”. But all of this somehow gets buried in the celebratory news coverage surrounding Marin.

Undoubtedly, during such times in Finland, Marin’s premiership is symbolically important, given that she embodies almost everything parties like the Finns love to hate.

She is bound to face fierce opposition and it remains to be seen what her government’s actual contributions to gender equality and anti-racism will be.

The symbolical importance of having young female politicians come to power deserves to be celebrated, but context matters. Having a woman lead a country does not automatically mean that women are faring well there.

As fighting rages in Afghanistan, health workers are struggling Today, we need hope. But where to find it? 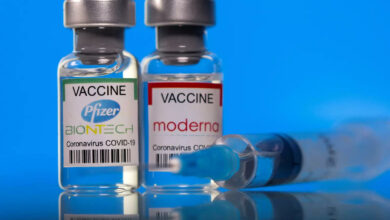