The start of commercial operations of Unit 1 of Barakah Nuclear Energy Plant is an “exceptional milestone” for the United Arab Emirates’ mission to develop clean and green nuclear energy, the country’s Ambassador to the United States, Yousef al-Otaiba, said.

“The start of commercial operations at Barakah Nuclear Energy Plant is a significant achievement, as the UAE becomes the first country in the Middle East to operate zero carbon nuclear power,” Emirates News Agency (WAM) reported al-Otaiba as saying on Monday.

“Climate change is an international challenge and the UAE is committed to vigorously tackling this crisis by diversifying its energy mix and reducing carbon emissions 23.5 percent by 2030. Developing a clean and green nuclear energy sector is a key component of that effort,” he added.

The Barakah nuclear power plant in the Abu Dhabi emirate is the first nuclear power station in the Arab world and part of the oil producing state’s efforts to diversify its energy mix.

The UAE ambassador said that this “historic process” began when the US and UAE signed a history-making bilateral civil nuclear cooperation agreement.

“The UAE voluntarily made the strongest possible nonproliferation commitments, forgoing domestic enrichment and reprocessing of nuclear material. The landmark US-UAE 123 Agreement remains a model for the development of a peaceful and safe civilian nuclear energy program in the Middle East,” he added. 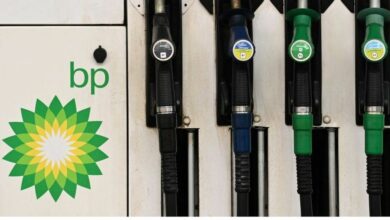