One Bachelor Nation split has taken a dramatic turn.

Cassie Randolph has filed for a restraining order against her ex Colton Underwood less than four months after the pair announced their breakup, E! News can confirm.

According to court records, Cassie filed on Sept. 11 in Los Angeles. It’s unclear at this time if a judge signed off on the order. E! News has reached out to Colton’s rep for comment.

At the end of May, the couple put on a united front when they announced their breakup on social media. In fact, Cassie expressed confidence that they would remain in each other’s lives.

“With all that we have gone through, we have a special bond that will always be there,” she wrote on social media. “I love Colton very much and have an enormous amount of respect for him. We have both learned and grown so much these past couple years, and will always have each other’s back. Always.”

Colton added, “Sometimes people are just meant to be friends—and that’s okay. We both have grown immensely and been through so much together—so this isn’t the end of our story, it’s the start of a whole new chapter for us.”

As weeks went by, however, the exes continued to make headlines and suggest that the breakup wasn’t all roses.

In fact, Cassie accused Colton of attempting to “monetize” their breakup after she learned the former NFL star wanted to add a chapter of his book to discuss his experience with COVID-19. Colton’s rep denied the claims.

During his battle with coronavirus, Colton stayed with Cassie and her family in Orange County, Calif. as he recovered.

Another sign of trouble was when the pair unfollowed each other on social media at the end of August.

Bachelor Nation was first introduced to Colton when he competed on Becca Kufrin‘s season of The Bachelorette, which aired in 2018. He appeared on season five of Bachelor in Paradise before being picked as ABC’s Bachelor.

Colton would go on to meet and pick Cassie during season 23 of The Bachelor. 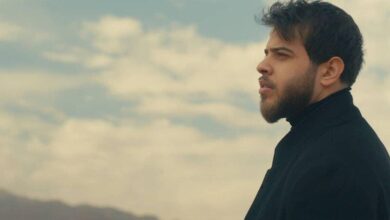 The Full Story of Nancy Ajram and Elissa’s Misunderstanding as Well as Myriam Fares’s Interference!