Azerbaijan admitted on Monday it had shot down a Russian helicopter on its border with Armenia and apologized.

“The Azerbaijani side offers an apology to the Russian side in connection with this tragic incident,” the Ministry of Foreign Affairs said in a statement.

The ministry added that the move was an “accident” and “not aimed against” Moscow and offered to pay compensation.

Russia’s defense ministry had said that on of its Mi-24 helicopters was downed over Armenia near the border with Azerbaijan, killing two crew members and injuring another.

Moscow said its helicopter was accompanying a vehicle convoy near Nakhchivan but didn’t clarify the purpose of the convoy. Russia has a large military base in Armenia, but it is about 150 kilometers (90 miles) from where the helicopter was shot down.

Nakhchivan is about 70 kilometers (40 miles) from Nagorno-Karabakh.

Azerbaijan’s foreign ministry said the helicopter flew at a low altitude during hours of darkness and close to the state border between Armenia and Azerbaijan.

“Helicopters of the Russian air force had not been previously sighted in the area,” the statement added.

Armenian and Azerbaijani forces have been fighting for six weeks over the region of Nagorno-Karabakh. The region lies within Azerbaijan but has been under the control of ethnic Armenian forces backed by Armenia since a war there ended in 1994. The latest outburst of hostilities began September 27 and has left hundreds — perhaps thousands — dead, marking the worst escalation of fighting since the war’s end.

Azerbaijan has relied on strong support from its ally Turkey, which has trained Azerbaijani military and provided it with strike drones and long-range rocket systems.

Armenian officials accuse Turkey of being directly involved in the conflict and sending mercenaries from Syria to fight on Azerbaijan’s side. 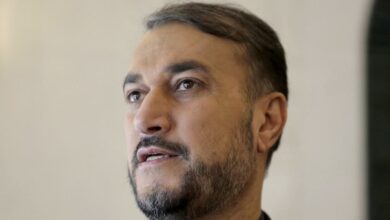