Holding thousands of works of art – from Persian, Mesopotamian, and Elamite antiquities to masterpieces by the Islamic-era artists, it’s no surprise that Azarbaijan Museum is known as the second major museum of cultural heritage after the National Museum of Iran.

Designed by the French architecture, Andre Godard, and constructed by Iranian fellows, Azarbaijan Museum, located in the vicinity of the majestic Masjed-e Kabud (“Blue Mosque”).

The entrance boasts a great brick portal with big wooden doors guarded by two stone rams. Inside, a wide variety of administrative and trade seals as well as coins minted by many ruing powers including the mighty Achaemenid Empire (c. 550 – 330 BC) are on display.

It consists of various exhibition halls, some office rooms, a library, a small restaurant. While stepping inside, one may get attracted by several tall bronze statues in the garden, standing by impressive inscriptions and stone objects mostly belong to Islamic times.

Highlights include relics excavated from Tepe Hasanlu, and Iron Age site situated near the city of Naghadeh, a short distance south of Lake Urmia, a superb millennia-old copper helmet, and a re-weave of the illustrious ‘Ardebil’ carpet, reckoned to be one of the best ever made; the original is beautifully displayed in the Victoria & Albert Museum in London.

There is also a hall featuring some remnants and personal belongings, and photographs related to the Persian Constitutional Revolution (“Enghelab-e Mashruteh”), which took place between 1905 and 1911, leading to the establishment of a parliament in Persia (Iran) during the Qajar era.

Visitors can find noteworthy works of art from European countries, such as bronze statues and hand-made pieces made of ivory and bone, as well as oil-on-canvas paintings.

The capital of East Azarbaijan province, Tabriz, which is well-soaked in history and culture for millennia, embraces several historical and religious sites, including Jameh Mosque of Tabriz and Arg of Tabriz, and UNESCO-registered Tabriz Historic Bazaar Complex to name a few.

Tabriz became the capital of the Mongol Il-Khan Mahmud Gazan (1295–1304) and his successor. Timur (Tamerlane), a Turkic conqueror, took it in 1392. Some decades later the Kara Koyunlu Turkmen made it their capital, it was when the famous Blue Mosque was built in Tabriz.

The city retained its administrative status under the Safavid dynasty until 1548 when Shah Tahmasp I relocated his capital westward to Qazvin. During the next two centuries, Tabriz changed hands several times between Persia and the Ottoman Empire. During World War I, the city was temporarily occupied by Turkish and then Soviet troops.

The ancient city was declared a world craft city of carpet weaving by the World Craft in 2016. It also bore the title of the Islamic Tourism Capital in 2018.

Here is a select of comments that visitors to the museum have posted to TripAdvisor, one of the most popular travel websites in the world:

“Fascinating. A must for Tabriz”

Went there as a family with kids ranging from ages 8-17. It was really spectacular and a lot of artifacts are well over 2000 years old! Kids of all ages will find it fascinating and the guide said it’s the most important museum in Tabriz. A must for anyone who loves history and would like to learn more about Iran. Overall great experience. The staff is very friendly and helpful too. (Mohadeseh from Kuwait City, Kuwait)

It mostly contains objects discovered from excavations in Iranian Azarbaijan, also some artworks and sculptures of artists. Apart from the National Museum of Iran in Tehran, Azarbaijan Museum has the largest collection belonging to different periods of Iran’s history. You will have lots of useful information about Iran’s history. (Banafshe Tehrani from Tehran, Iran)

Good exhibits from the Urartic period, some Luristan bronzes, and a number of others. Good signage. Excellent bookshop especially for books in Farsi, but I also found books in English that were nice to have. (KrisfromSF form San Francisco, the U.S.)

I was too excited during my visit to the Museum. It was not only about Iran. Don’t lose it if you were in Tabriz. (Fredy_Amst from Amsterdam, the Netherlands)

The Azarbaijan Museum in Tabriz, situated next to the famous Blue Mosque, maybe the nicest museum in Tabriz. It consists of three parts. When you enter, you will find the archaeological department, which tells the story of Azarbaijan from the fifth century until the Sassanian Age. On the first floor are displays of coins, from the Achaemenid period to the nineteenth century, and seals (from prehistory to the Sassanian age). In the basement is a small restaurant, but here you will also find several tall bronze statues by Ahad Hosseini, an artist born in Tabriz. (Tarana B from Baku, Azerbaijan)

During our trip through Western Iran, we saw very few museums; but this was unmissable.

The museum – which is accessed by a door flanked by two stone rams of Urartu age (about 800 BC) consists of three large rooms superimposed, on the ground floor, on the first floor, and in the basement. We focused especially on the ground floor room. It is home to archaeological finds from various “tepe” (raised fortresses) of the region, and in particular, from the Hasanlu site, south-west of Lake Urmia, inhabited from the remote fifth millennium to the first millennium BC.

Among the finds that struck me most are two strange “purses” of gray-green stone, skillfully sculpted and decorated; according to the captions of the museum having the ceremonial function of a symbol of wealth; while other sources, much more prosaically, give it a weight function.

Upon returning from the trip, I tried to document myself on these strange “purses” and I learned that both the stone and the workmanship are attributed to the early Bronze Age civilization (late 3rd millennium BC) called “Jiroft”, from the name of a site in south-eastern Iran (therefore very far from Tabriz, in the Baluchistan region), where many finds of this kind are present. But documents of this civilization are overall scattered in a belt that goes from Mesopotamia to the Indus Valley.

Many other items are belonging to all periods of Persian history up to the Qajar dynasty: statuettes, ceramics, cups, silverware, jewels, weapons, stuccos, stones with precious inscriptions, of both Achaemenid and medieval age.

There’s also the impressive reconstruction of an Iron Age tomb with two skeletons, excavated at the nearby Blue Mosque.

Overall, even if you aren’t fond of archeology, you should not miss this museum. (Brun066 from Florence, Italy)

How, when will COVID-19 pandemic end? Experts outline possible ways

Omicron may pose higher reinfection risk but could be milder than Delta: WHO 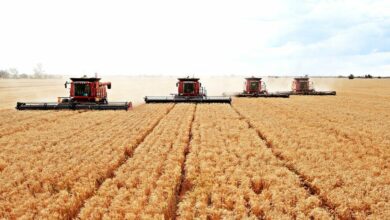 Mideast: Some See Covid as an Opportunity!