As the Australian state of New South Wales (NSW) battles to contain a third wave of COVID-19 that saw a record 681 new cases on Thursday, a crisis within a crisis is unfolding for Aboriginal people experiencing disproportionately higher rates of infection and hospital admission.

A statewide lockdown was introduced last weekend after clusters of COVID-19 emerged in inland towns and remote rural communities in the west of the state, where one in four people identify as Indigenous.Some 300km (186 miles) west of Sydney, the sheep-grazing town of Dubbo that had been virtually untouched by the pandemic is now the epicentre of the western outbreak, with 167 active cases. Seven out of 10 of those diagnosed with the virus are Aboriginal people and nearly half of those are Aboriginal children and teenagers aged between 10 and 19.“It’s a double whammy because the health outcomes and vulnerabilities are particularly acute in these communities, and that makes them more vulnerable.”

According to the World Health Organization (WHO), Australia’s 670,000 Aboriginals and Torres Strait Islanders have long suffered from poor health and still suffer from preventable diseases like trachoma that are found nowhere else in the developed world.

One-third die by the age of 45, and the average life expectancy for Indigenous people is more than 10 years less than non-Indigenous Australians. The rate of rheumatic heart disease among Australia’s “First Nation” peoples is the highest in the world – 75 times higher than the rate of non-Indigenous Australians. Gastroenteritis, kidney disease, diabetes, influenza – the list of chronic illnesses goes on and on and explains why Aboriginals and Torres Strait Islanders were identified as “a clearly defined vulnerable community” at the start of Australia’s vaccine rollout in February.

Nevertheless, vaccine uptake has been sluggish. Only 29 per cent of Indigenous Australians have had one dose compared with 50 percent of the general population, while only 15 percent are fully vaccinated compared with the national average of 26 percent. The numbers are even worse among Aboriginal people in Western New South Wales with only about 8 percent fully vaccinated, according to NSW Health.

Dr Kalinda Griffiths, an Aboriginal woman who lectures in data research for health at the University of New South Wales, says confusing messaging from the government about the safety of the AstraZeneca vaccine for young adults and church groups who are opposed to vaccinations are heightening vaccine hesitancy in Indigenous communities.

“We know a couple of church groups have gone out and told people not to take vaccines. The church has a very strong influence on people in remote areas, so it’s caused a lot of confusion,” she said.

Some 500km (311 miles) west of Dubbo in the poverty-stricken town of Wilcannia where 69 percent of the population is Aboriginal, six new cases of COVID-19 were identified this week.

BistroMD Will Help You Lose Weight With Dr. Designed Meals

As COVID surges, Greece pursues unvaccinated with fines and vans 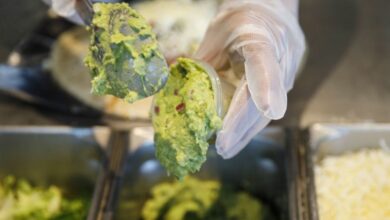 US avocado crunch: Where guacamole’s days are numbered

Can You Get Coronavirus From Tears?