Australia and the United States will jointly develop hypersonic cruise missiles, the Australian defence minister announced on Tuesday, pledging to invest in “advanced capabilities” that will give the country’s military “more options to deter aggression” against its interests.

Both China and Russia are developing similar missiles.

The weapons are capable of travelling at more than five times the speed of sound and the combination of speed, manoeuvrability and altitude makes them difficult to track and intercept.

Linda Reynolds, the Australian defence minister, called the bilateral project with the US a “game-changing capability”, but did not reveal the cost of developing the missiles or when they would be operational.

“Investing in capabilities that deter actions against Australia also benefits our region, our allies and our security partners,” she said.

“We remain committed to peace and stability in the region and an open, inclusive and prosperous Indo-Pacific.”

The United States’ Acting Under Secretary of Defense Michael Kratsios said the project, officially known as the Southern Cross Integrated Flight Research Experiment (SCIFiRE), builds on 15 years of collaboration between the US and Australian military.

“This initiative will be essential to the future of hypersonic research and development, ensuring the US and our allies lead the world in the advancement of this transformational warfighting capability,” he said in a statement.

Australia had set aside up to 9.3 billion Australian dollars ($6.8bn) this year for high-speed, long-range missile defence systems, including hypersonic research.

In July, Australia said it would boost defence spending by 40 percent over the next 10 years to acquire longer-range strike capabilities across air, sea and land as it broadens its military focus from the Pacific to the Indo-Pacific region.

Australia’s collaboration with the US on missile development, however, could inflame tensions with China.

The relationship between both countries has been tense after Australia discovered what it said were Chinese influence campaigns, and has deteriorated further this year after Canberra asked for an inquiry into the origins of COVID-19 pandemic.

Beijing has introduced a string of economic sanctions on Australian goods, and relations hit a new low on Monday after a senior Chinese official posted a fake image of an Australian soldier holding a blood-covered knife to the throat of an Afghan child.

China has deployed, or is close to deploying, hypersonic systems armed with conventional warheads, according to defence analysts.

Russia deployed its first hypersonic nuclear-capable missiles last year, while the Pentagon, which tested a similar hypersonic missile in 2017, has a goal of fielding hypersonic war-fighting capabilities in the early to mid-2020s.

The Sydney Morning Herald newspaper said on Tuesday that Australia hopes to begin testing prototypes of the air-launched, long-range missiles within months.

The hypersonic missiles will be designed to be carried by the Australian air force’s existing fleet of aircraft including Growlers, Super Hornets, Joint Strike Fighters as well as unmanned aircraft including drones, the newspaper reported. 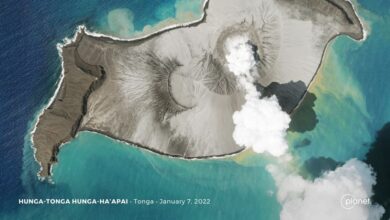 Belarus says it has turned back 2,000 migrants