Australian Prime Minister Scott Morrison promised on Friday to press ahead with a new law to force Facebook to pay media organisations for their content after a news blackout triggered outrage not only in Australia but in other countries where governments are considering similar laws.

Facebook stopped its 13 million Australian users from viewing and sharing news on Thursday, stripping the pages of domestic and foreign news outlets of content in a sharp escalation of a dispute over Australia’s plan to force technology giants to pay publishers for their content.

Facebook and Google, which is owned by Alphabet, had campaigned together against the laws, with both threatening to withdraw key services from Australia if the legislation came into effect. But Google over the past week had announced a slew of licensing deals, including a global agreement with News Corp, which dominates the media industry in Australia and the United Kingdom.

“The impact of this legislation on Facebook itself is yet to be seen,” Diana Bossio, an expert in media and communications at Swinburne University of Technology wrote on the Conversation website. “The reputational damage from blocking important sites that serve Australia’s public interest overnight – and yet taking years to get on top of user privacy breaches and misinformation – undermines the legitimacy of the platform and its claimed civic intentions.”

Zuckerberg and the chiefs of Google and Twitter are slated to testify on March 25 at a US congressional hearing on misinformation.

“Whether it be falsehoods about the COVID-19 vaccine or debunked claims of election fraud, these online platforms have allowed misinformation to spread, intensifying national crises with real-life, grim consequences for public health and safety,” the heads of the committees said in a statement.

“For far too long, big tech has failed to acknowledge the role they’ve played in fomenting and elevating blatantly false information to its online audiences.”

The sheer scale of the platforms – Facebook says just over a third of the world’s population uses its site – means they are facing increasing pressure from around the world, both in terms of regulation and taxation. Facebook made more than $29bn in net profit last year.

Julian Knight, the chairman of the digital, culture, sport and media committee in the British parliament accused Facebook of “bully-boy tactics” in imposing a news blackout in Australia.

“This is not just about Australia. This is Facebook putting a marker down, saying to the world that ‘If you do wish to limit our powers … we can remove what is for many people a utility’,” the Times newspaper quoted him as saying.

Canada is also considering a similar move to Australia and Heritage Minister Steven Guilbeault, who is in charge of crafting the legislation said Ottawa would not be deterred.

Last year, Canadian media organisations warned of a potential market failure for news outlets if the government failed to step in. They said the Australian approach would permit publishers to recover 620 million Canadian dollars ($487.7m)  a year. Without action, they warned, Canada would lose 700 of the total 3,100 jobs remaining in print journalism.

Guilbeault said Canada might also follow the example of France, which requires large technology platforms to open talks with publishers seeking remuneration for use of news content.

“We are working to see which model would be the most appropriate,” he said, adding he spoke last week to his French, Australian, German and Finnish counterparts about working together on ensuring fair compensation for web content.

“I suspect that soon we will have five, 10, 15 countries adopting similar rules … is Facebook going to cut ties with Germany, with France?” he asked, saying that at some point Facebook’s approach would become “totally unsustainable”.

“We could actually see a coalition, a united front against this monopoly, which could be very powerful,” she told the Reuters news agency.

Amid the furore, Facebook unit WhatsApp revealed on Thursday, it would go ahead with a controversial privacy policy update despite an outcry that prompted users to leave for its rivals when the plan was first announced last month.

Under the changes, the messaging platform will share limited user data with Facebook and its group firms in a move it has said will allow users to message with businesses and not affect personal conversations. 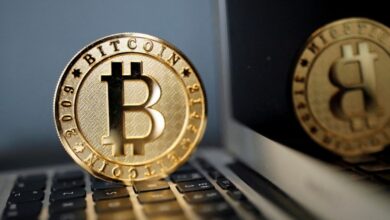 Bitcoin cash machines ordered to shut down in UK