For thousands of years, the Indigenous people of Australia set fire to the land.

Long before Australia was invaded and colonised by Europeans, fire management techniques – known as “cultural burns” – were being practised.

The cool-burning, knee-high blazes were designed to happen continuously and across the landscape.

The fires burn up fuel like kindling and leaf detritus, meaning a natural bushfire has less to devour.

Since Australia’s fire crisis began last year, calls for better reintegration of this technique have grown louder. But it should have happened sooner, argues one Aboriginal knowledge expert.

She’s a knowledge keeper for the D’harawal people – relaying information passed on by her elders – and an Aboriginal Knowledge lecturer at the University of Technology Sydney (UTS).

Much of the ancestral information she shares relates to the bush, says Ms Foster.

“It’s the concept of maintaining country – central to everything we do as Aboriginal people. It’s about what we can give back to country; not just what we can take from it.”

Country is personified within Aboriginal culture. “The earth is our mother. She keeps us alive,” Ms Foster says. This relationship shifts priorities around precautionary burning.

“The current controlled burns destroy everything. It’s a naive way to practise fire management, and it isn’t hearing the Indigenous people who know the land best.

“Whereas cultural burning protects the environment holistically. We’re interested in looking after country, over property and assets.

“We can’t eat, drink or breathe assets. Without country, we have nothing.”

Indigenous cultural burns work within the rhythms of the environment, attracting marsupials and mammals which Aboriginal people could hunt.

“Cool burning replenishes the earth and enhances biodiversity – the ash fertilises and the potassium encourages flowering. It’s a complex cycle based on cultural, spiritual and scientific knowledge.”

They also create a mosaic of ecologies, Ms Foster says, and this can lead to beneficial micro-climates.

“Soft burning encourages rain – it warms the environment to a particular atmospheric level, and once the warm and the cool meet, condensation – rain – occurs, helping mitigate fires.”

Her Aboriginal elders in Sydney have been assessing the overgrown bush and extremely dry kindling for some time, warning that a huge fire is coming: “They compared it to a kid with unkempt hair, saying it needs nurturing.”

But local authorities have forbidden them from cultural burning when they’ve asked for permission.

Where cultural burning is used

There’s no one-size-fits-all approach to precautionary burning because the Australian landscape is so diverse from place to place.

Nonetheless, some states do integrate cultural burning with other strategies, according to Dr Richard Thornton, CEO of the Bushfire and Natural Hazards Cooperative Research Centre.

“There’s a stark difference in northern Australia, where Indigenous cultural burning happens substantially. In southern states, it’s sometimes done according to the needs and wishes of local communities.”

Since Australia was colonised in 1788, cultural burning was slowly eradicated. But recent years have seen moves to reintegrate it.

He says cultural burning is still practised in parts of Melbourne, but largely stopped in south-eastern Australia because vegetation built up in “precarious areas” where cool burns don’t work.

Drawbacks of the ancient practice

Cultural burning, Prof Preece says, can reduce fuel on the ground from 10 tons to 1 ton. But it’s only effective protection for moderate fires, so it needs to be done in conjunction with hazard reduction burns.

Even then, it only reduces hazards: “With the recent catastrophic conditions of humidity and high winds, nothing could stop these fires.”

“Aboriginal people were taken off their country so there’s a re-learning process which is very useful and important. But it’s still early days and by itself, it’s not enough,” he says.

Experts agree that cultural burning has limitations, partly because colonisation led to development and human-created climate change, presenting us with a very different landscape now to hundreds of years ago.

Prof Preece has been in areas where, day after day, the conditions for cooler cultural burning weren’t right.

“It’d be too moist, too cool, too hot, too dry – you have a narrow window. And with many firefighters in Australia being volunteers, they’re working during the week, and you could go four Saturdays till the conditions are right.”

For thicker shrub running up tree canopies, he says a hot burn is required because cool burns won’t get rid of such layers of fuel.

In addition, Dr Thornton says individual Indigenous burns, undertaken by specific agencies such as Firesticks, absolutely have their place, but need to fit within community expectations if done on a larger scale by others.

“We need to ensure fire doesn’t escape and burn down somebody’s property. It’d undermine community views of the entire practice so we need to ensure we operate within a safety framework which is defendable.”

Prime Minister Scott Morrison has promised a “comprehensive” inquiry into the ongoing bushfire crisis which has so far killed 27 people and scorched more than 10 million hectares.

When it goes ahead, Dr Thornton stresses the need to “talk to Indigenous elders in each different area and listen”.

But he says not a single Indigenous person sits on the board of the national bushfire research centre he manages.

Shannon Foster is keen to work together with government agencies, but she worries about expanding development: “It terrifies me that so much land has been decimated, developers could move in and say we might as well put this estate here; the land is cleared.”

“Aboriginal people have looked after this place for so long – to see it now destroyed because nobody has allowed us to care for it is devastating,” she adds. 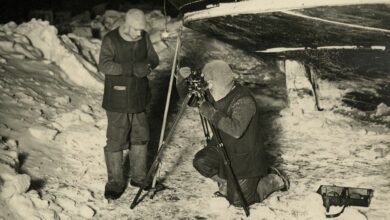 Who is Stealing Electricity in Kuwait?