Now that he has arrived at Walter Reed National Medical Center for observation and treatment for COV-19, President Trump will be in the hands of 7,000 or so staff members including some of the nation’s top doctors.

Trump will stay in the hospital’s designated Presidential Suite, a lavish portion of one of its 88 buildings.

Known as Ward 71, the Presidential Suite is one of six special patient rooms reserved for high-ranking military officers and members of the White House cabinet.

The suite is ‘specially outfitted with protective devices and communications gear used in support of the president,’ wrote Rear Admiral Connie Mariano, who served as a physician to both presidents George H.W. Bush and Bill Clinton and was director of the White House Medical Unit.

The White House said that Trump will be ‘working’ from the Presidential Suite during a stay of a ‘few days,’ but many speculate that his hospitalization suggests the president is much sicker than official statements let on.

Walter Reed also has an Institute of Research at Silver Spring, nearby the hospital in Maryland, where scientists develop vaccines and treatments for infectious diseases like COVID-19 in a state-of-the-art facility.

But the hospital has a checkered past. It was mired in a scandal over accusations of neglect that led to the deaths of deaths of several soldiers being treated there in 2007, and had to be completely revamped.

Walter Reed considers itself ‘The Nation’s Medical Center,’ and is the figurehead of military care in the US.

Its 7,100 staff members are spread out across 100 clinics and specialties.

Because it serves the nation’s leaders, the hospital is outfitted with a wing dedicated to visitors from the highest offices: the President and Vice President are typically treated at the Medical Evaluation and Treatment Unit (METU).

The METU is secure, private and separate from the sprawling hospital’s  other  wards.

With a dining room lit by a crystal chandelier and, a desk a few steps from the hospital bed and rooms decked out with couches for receiving visitors as well as security technology, it’s equipped for Trump to continue to carry out his presidential duties.

What facilities Walter Reed has that will aid President Trump’s recovery from COVID-19 is less clear.

The hospital – located about nine miles from the White House – has 244 beds in total, and 50 ICU beds.

Walter Reed also has 165 ‘Smart Suites’ outfitted with ‘two-way communication devices, audiovisual and wireless capabilities as well as bedside entertainment, all of which can be controlled via a wall-mounted, removable keyboard that the patient has access to at all times.’

It’s unclear whether the Presidential Suite is one of these high-tech rooms, but it would certainly be useful to treating Trump while he battles a dangerous, highly contagious infection.

Many of the medical centers buildings and its entire management staff were re-vamped after a Washington Post investigation laid bare an alarming trail of neglect in 2007.

Walter Reed boasted glowing reputation as a best-in-class surgical military hospital, and the facility that saved the life of former President Ronald Reagan after a 1985 assassination attempt.

But in more recent history it became a sort of purgatory for soldiers wounded and traumatized during the wars in Iraq and Afghanistan.

At the same time, doctors there were saving the lives of wounded warriors at never-before-seen rates.

After some had exited the critical period of recovery and had been technically discharged, but were still in need of enough care to remain in hospital beds and nearby rented rooms in apartments or hotels.

They were largely ignored by staff, and several died as direct or indirect consequences of neglect and bureaucratic holding patterns.

And its affiliate research arm in Silver Spring is heading up the Army’s aggressive search for COVID-19 vaccines and treatments. 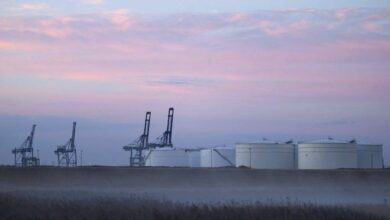