Twenty-two migrants from Mali, including three children, have died off the coast of Libya, Mali’s government said on Tuesday.

The dead were part of a group of 83 migrants stuck on a distressed vessel since June 22, the Ministry of Malians abroad said in a statement.

Of those, 61 were rescued, including some Malian nationals, with the help of the United Nation’s migration agency the IOM.

There have been “significant increases” in migrant flows through Niger and Mali towards North Africa in the first quarter of 2022 compared to previous years, an IOM spokesman said.

Analysts point to the impact of the COVID-19 pandemic and the economic fallout of the war in Ukraine as driving factors. 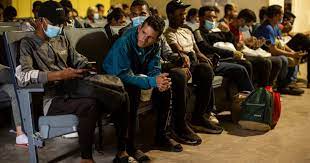