Astronauts returning to the Moon will be exposed to radiation 2.6 times higher than on board the International Space Station (ISS), a new study says.

Scientists used data from China’s 2019 Chang’E 4 lander to determine the amount of radiation humans would be exposed to on the lunar surface.

NASA plans to build Moon bases that won’t be penetrated by lethal rays when it sends humans back to the Moon in 2024, including the first woman, as part of the Artemis programme.

Moon-bound astronauts are up to five times more likely to die from cardiovascular diseases than those who just orbited the Earth, according to a 2016 study.

‘Because astronauts would be exposed to these radiation levels longer than passengers or pilots on transatlantic flights, this is a considerable exposure,’ said Robert Wimmer-Schweingruber at University of Kiel in Germany, author of the study published in Science Advances.

‘We humans are not really made to withstand space radiation.

‘However, astronauts can and should shield themselves as far as possible during longer stays on the moon, for example by covering their habitat with a thick layer of lunar soil.’

Since the Moon has neither a protective magnetic field nor an atmosphere, the radiation field on the lunar surface is similar to that in interplanetary space.

During a stay on the moon humans are exposed to elevated radiation due to this lack of atmospheric shielding.

Moon-based astronauts would have to contend with multiple radiation sources, including galactic cosmic rays and sporadic solar particle events, when particles emitted by the Sun become accelerated.

Neutron radiation and exposure to gamma rays from interactions between space radiation and the lunar soil are other harmful sources, which could raise the risk of cancer and infertility, researchers say.

Daily radiation exposure on the Moon’s surface was not properly reported during the original Apollo missions during the 1960s and 1970s.

Apollo astronauts carried ‘basic dosimeters’ with them – devices that read radiation-uptake – which only performed rudimentary measurements of the total radiation exposure.

To learn more, researchers performed calculations using data collected by a stack of 10 silicon solid-state detectors mounted in a compartment of the Chang’E 4 lander.

Chang’E 4 achieved the first soft landing on the far side of the Moon in January 2019 after launching the month prior.

It consists of a stationary lander and a smaller wheeled rover, Yutu-2, both of which use solar panels to generate electrical power.

This modern dosimeter device takes measurements during the lunar ‘daylight’ and switches off during the very cold and nearly two-week-long lunar night to conserve battery power.

Data from the device and the lander is still being transmitted back to Earth via the relay satellite Queqiao.

The measurements taken allow the calculation of an equivalent dose – a benchmark for the radiation within an astronaut suit.

However, the astronauts’ risk of getting cancer and other diseases could be reduced using lunar habitats during long-term stays on the Moon.

In April, NASA released a detailed plan for an ‘Artemis Base Camp’ that will be home to first woman and next man on the Moon in 2024.

The 13-page document highlights elements such as a terrain vehicle for transporting the astronauts around the landing zone, a permanent habit and a mobility platform to travel across the lunar surface.

The original Apollo astronauts remain the only humans to have been sent into deep space.

The celebrated program saw men walk on the moon for the last time in 1972, as part of the Apollo 17 mission.

After returning humans to the Moon in 2024, NASA plans to send astronauts to the Moon once per year and establish lunar exploration by 2028.

The program will lay the groundwork in NASA’s plans to send crewed missions to the Mars in the 2030s. 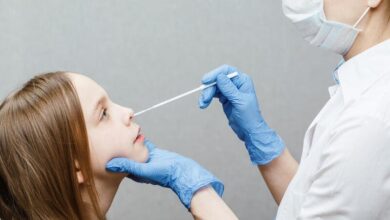 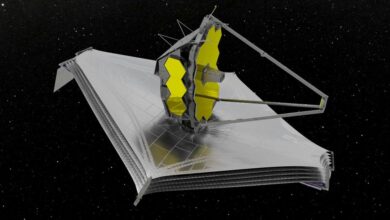