Aslı posted an Instagram story confirming that she will go to court to be hold Hürriyet accountable for publishing false information. 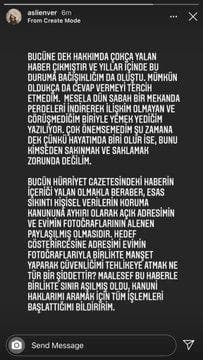 The Turkish beauty stressed that nothing brings her together with Kerem, announcing that things are out of control, and that she intends to start legal procedures against the newspaper.

Hürriyet Daily News reported yesterday that Aslı Enver and Kerem Tunçeri have been dating since last June, as well as seeing each other in an apartment that the actress rented especially for this matter, and the newspaper had published photos and revealed the location of the apartment to the public.

Enver indicated that revealing such details is considered an absolute breach of her privacy and poses a real threat to her security, considering that it as a form of violence against her, and that she will never remain silent about it. 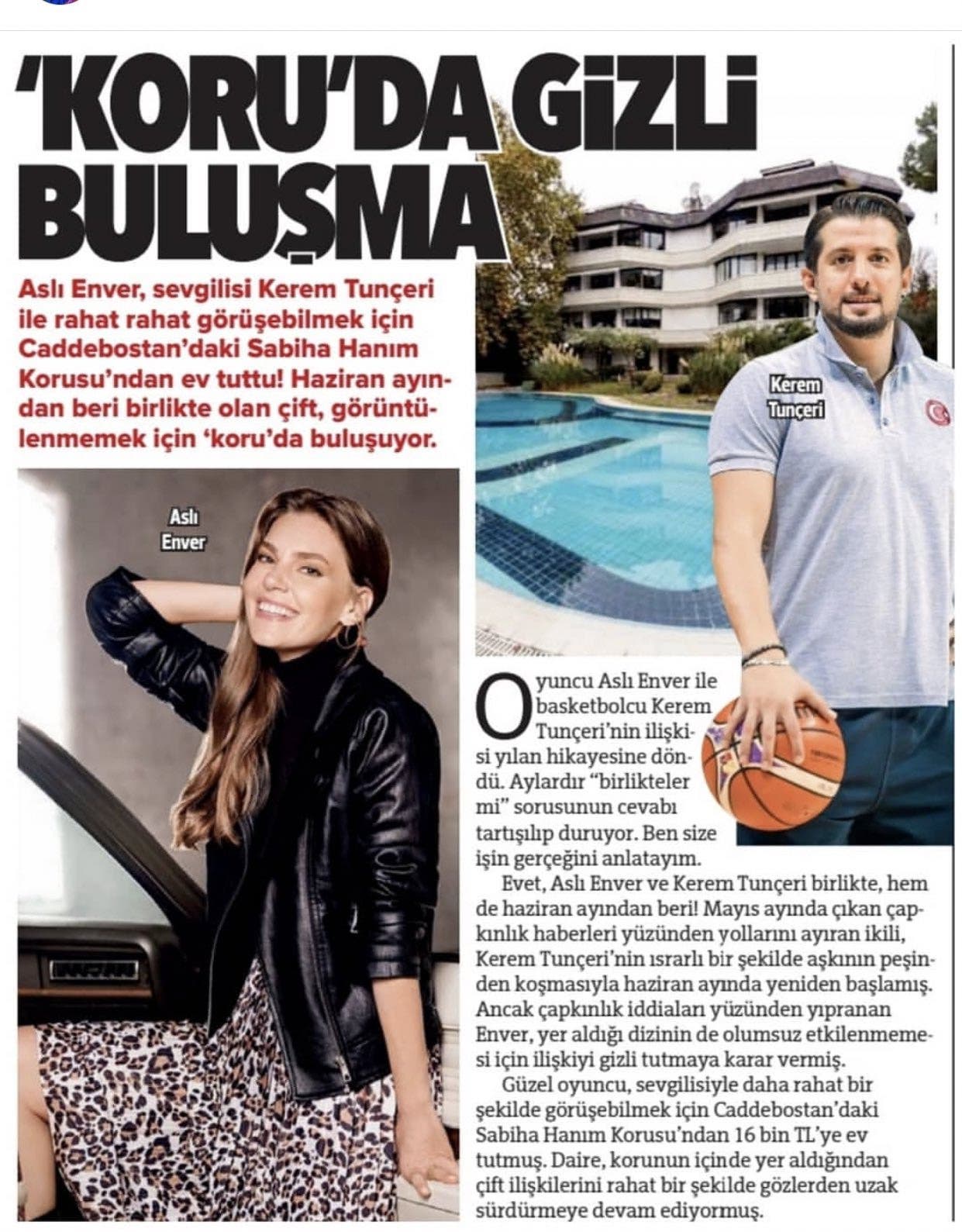 The Istanbullu Gelin star explained that if she was in a relationship, nothing would prevent her from acknowledging it, and that she would be the first to announce the news.

Hürriyet Daily News published a detailed report yesterday confirming that Aslı Enver got back to Kerem Tunçeri after they separated for a short period following publically circulating messages of the latter, while he was courting a number of women, but with Kerem’s insistence, Aslı agreed to give him a second chance according to the publication.

The newspaper also revealed the location of the apartment she’d rented for 16,000 Turkish liras (2,045 US dollars), stressing that Aslı chose a very special place to date Kerem away from the eyes of the press and people, in order to meet him comfortably, in addition not to let her relationship negatively affect her career and new series “Babil”, which she is currently filming.