Airlines operating in the Asia-Pacific region stand to lose a combined $27.8 billion of revenue this year in the ongoing coronavirus crisis, the International Air Transport Association said on Thursday.

The estimate is based on projections of a 13-percent full-year decline in passenger demand, mostly in China, the trade body said.

“This will be a very tough year for airlines,” IATA CEO Alexandre de Juniac said in a statement. “Stopping the spread of the virus is the top priority.”

IATA said its estimate assumed that COVID-19 behaved like the SARS outbreak nearly two decades ago, which was “characterized by a six-month period with a sharp decline followed by an equally quick recovery.”

This will be the first time since the SARS crisis of 2003 that demand for air travel has declined, De Juniac said.

Airlines in China’s domestic market alone are estimated to lose around $12.8 billion in revenues.

Carriers outside the Asia-Pacific region are seen suffering $1.5 billion in losses.

This brings worldwide airline revenue lost to the virus to a projected $29.3 billion, IATA said.

However, if the virus spreads more widely to Asia-Pacific markets then the impact on airlines from other regions would be larger, IATA warned.

IATA had previously estimated Asia-Pacific airlines to register growth of 4.8 percent this year, but they are now on course instead for a contraction of 8.2 percent, it said.

But there are some factors potentially softening the blow, IATA said.

“Governments will use fiscal and monetary policy to try to offset the adverse economic impacts. Some relief may be seen in lower fuel prices for some airlines, depending on how fuel costs have been hedged,” it said.

It was therefore difficult to predict by how much exactly lost revenue would weigh on profits.

But airlines are already taking “difficult decisions” to cut capacity, or even routes, IATA said. 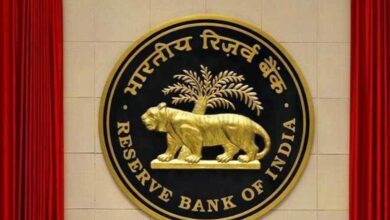